Soldiers in the Imperial Army who never returned 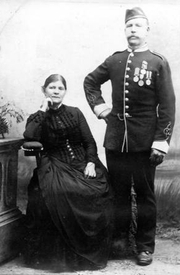 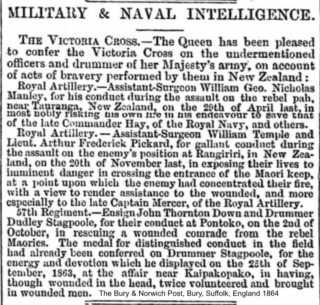 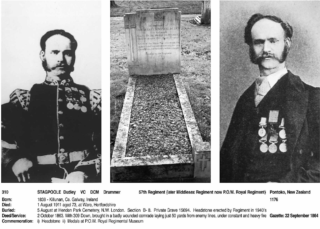 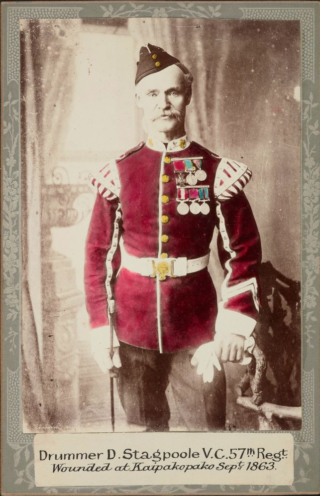 Bartholomew’s army record states that he was born in the parish of Kilcummen, near the town of Outerard*, Galway and that he attested for the 57th Britsh Imperial Regiment at Loughrea on 24 January 1848.

Bartholomew’s parents are known to be John Stackpoole* and Honora O’Malley. His two brothers were Martin Stagpoole and Dudley Stagpoole VC  DCM. Dudley’s army record states that he was born in the parish of Kilunan* (possibly Killannin) near the town of Galway.

The three brothers fought in the 57th regiment in Crimea. They then travelled with the regiment to Malta, India and New Zealand.  Dudley was awarded his bravery medals for rescuing comrades under fire during the Taranaki Land War in 1863.

After ten years of marriage Mary Ann and her children were able to travel with the army and they joined Bartholomew in India. Later they settled in New Zealand.

None of the family ever returned to Oughterard.

*  Denotes incorrect or alternate spelling on the records.