You are here: Home>People>Proud to call him my Dad

Proud to call him my Dad 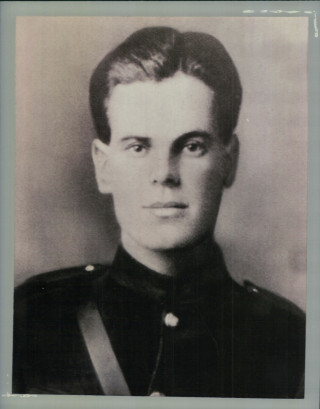 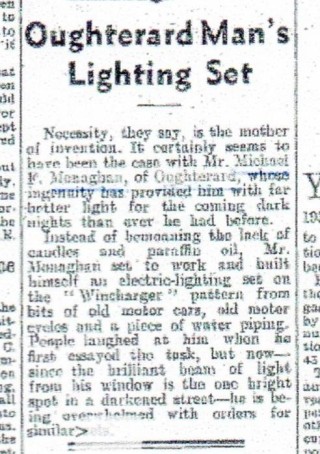 Michael F. Monahan was a man way before his time. For years, I have been doing research trying to find out the year the month the day that we first saw the dirt in the corners and the cobwebs hanging from the ceiling of our kitchen. I left my dad’s home in 1958 in search of a better life in America I met and Married the mother of my five wonderful children. I started a business in New York, which thrived because I put my heart and soul into building it. I attribute my success to the fact that I always followed my dad’s advice. When I left home his last words to me before I entered the door to the plane was Thomas! Remember when people look at the finished job they will not ask how much it cost, or how long it took, but they will always ask who done it?

Write a book about my life

When I retired at age 62. I had too much time on my hands and being a worker all my life. I just could not sit still so I started doing research on genealogy tracing my families’ background and finding some skeletons in closets that most people would like to leave hidden. I was putting my family tree together bit by bit. However, lacking information I stopped after some time and decided to write a book about my life and that of my Mom and Dad. When I came to the part in my book that I wanted to tell people how proud I was of my dad my mind drifted back watching my dad build a wind-charger, so we could have better light in our house. The light we had back then were from candles or a single wick paraffin lamp hanging from the wall. I well remember when the switch was turned on and the single bulb hanging from the ceiling in the center of our kitchen cast the first light into all the corners of our kitchen, and half the town’s people were in the kitchen to see what this genius had accomplished.

On one of my trip’s home I asked people if they could remember the year my dad built this wind charger they gave me the approx. year, 1942-3-4. The word traveled far and wide from the time he started working on this wind-charger about this Crazy nut that had claimed he could light up the town. The local newspapers even got wind of it, and a reporter came and wrote a small article about it. I spent three days at the library of the Galway university viewing microfilm in search of this article; I failed to find it as I was looking at the year’s people had told me. Seventy-four years later, I was home on vacation, my brother Sean and I was leaving the boat inn in Oughterard after having dinner. I met a friend Gerry Darcy on the sidewalk; I happen to ask him if he remembered the year. He said no but…. I don’t know what he meant by But…. I returned home to New York. A few months went by, and I received a letter from my brother Sean. I opened the letter and as I read from the enclosed clippings. The tears started to run down my cheeks. I want to thank Gerry Darcy for his time doing the research. He found in was 1941. Now I know what the but… was about, he was going to surprise me with the following article, which he found. Please read the following and you will know why I am proud to call Michael F. Monahan My Dad.