You are here: Home>People>Kevin Healy R.I.P. 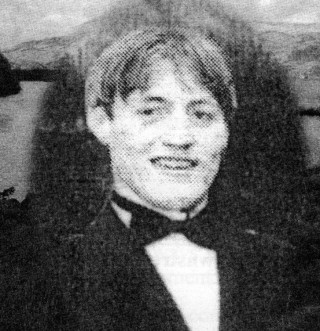 The village of Oughterard had some devastating news last month; Kevin Healy was just 26 years old when he died of natural causes in Dublin on the 19th of January.

We would all wish to offer our sincere condolences to Kevin’s mother and father, his sister Joan, and his brothers Dereck and Thomas, his grandmother, Brigid Joyce and his large extensive family.

It is always the source of great sadness when a member of the family dies, but the loss of a son and a brother at such a young age is particularly cruel.

Kevin, who was the first grandson of the Joyce and Healy families was born in England but came to Oughterard at the tender age of three and a half years old. He attended the Convent, the Boys, and finally St. Paul’s schools here in the village.

When Kevin left school he would occasionally work with his father. He loved farm work and was a great turf man, more than happy to spend a day in the bog. Kevin was talented with his hands and showed great skill in woodcarving. A few years ago Kevin moved to Dublin to broaden his horizons.

The enormous attendance, at his removal and funeral bear witness to the sympathy and regard that Kevin and his family generated in the area. The Guard of Honour by his school friends was a very moving tribute, as was also Fr. Paddy Heneghan’s touching, eloquent Mass concelebrated with Frs. Bailey, Breen, Keogh and Considine.

It is impossible to comfort the inconsolable family at this time, but knowing how many thoughts and prayers were directed towards their welfare may, in the future, bring some comfort.