You are here: Home>People>Linda Welby - A Story to Tell

Linda Welby - A Story to Tell 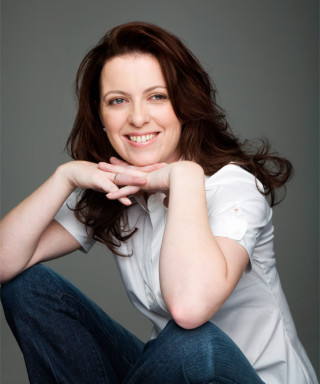 Linda Welby’s eagerly awaited new album “A Story to Tell” is now available in record stores nationwide. A native of Loughrea, Linda, a young mother of eight children, now resides in Roscahill, Co. Galway. Her new album, a collection of contemporary songs and music written and composed by herself is now attracting the attention of media broadcasters and fans up and down the country, with continuous airplays and radio interviews throughout the country.

As a composer, songwriter, multi-instrumentalist and singer, music has always been at the forefront for Linda. Her grandfather Paddy Doorhy was an accomplished fiddle player and played with the first Ballinakill ceili band and was known throughout Ireland, having won many music awards. Linda’s Dad, also Paddy Doorhy, played drums and toured extensively with many bands and noted musicians.

The success of her recent single release “The Galway Fiddler” has surpassed all expectations with regular airplays on Irish radio stations throughout the country, north and south, as well as BBC Wales, BBC Oxford, BBC Manchester and radio stations in Canada and New York. For Linda it is a dream coming true, culminating in the nationwide release of her first solo CD on September 12th, which is on the LAWrecords label and is distributed by CEOL Music Ltd.

I sing and play because I love it

Linda’s cool, clear, soulful voice has always worn its emotions in the open. “I sing and play because I love it, I like to keep things as normal as possible in my life because that is just the way I am”. Writing is also something that Linda has done for years . “I was always a poetry writer and always loved words, even from a young age. So writing my own album came naturally”.

To radio listeners across the country as well as her legions of new fans, Linda Welby is fast becoming a superstar, while at home in Roscahill she has never changed from being the down-to-earth affable and hardworking wife and mother. She has recently made the big breakthrough on to the national radio airwaves with numerous plays on RTE radio, something rarely achieved by West of Ireland artists. She has achieved the longest run by any artist of eight continuous weeks, as well as reaching number one, in a major radio station record charts where listener requests dictate the content of the charts, and incidentally is the only female in the charts at present in a very male dominated business. Probably her crowning achievement so far is a recent invitation to host a television show in a major Nashville television station which will be shown live on the internet worldwide. If she chooses to go to Nashville at the appropriate time she has been honoured with an invitation to act as Grand Marshal at the local Saint Patrick’s Day Parade.

Her goal is to continually offer something new and different, a trade mark already acclaimed far and wide and portrayed clearly in her new CD. She recently appeared in the Royal Theatre, Castlebar as part of the Midwest radio Night of the Starsconcert, and also in Glór Theatre in Ennis where she headlined the annual Christmas concert together with Brendan Bowyer. Her CD has sold out overnight in many music stores around the country

Linda, with her band COIS TINE  which includes singer/guitarist Peggy Higgins, has been a regular performer on the music circuit for years and is already well known throughout the west of Ireland, as well as taking part in festivals all over the country and abroad.

Visit  http://www.lindawelby.com/  or check out your nearest record store to purchase this very special CD, with all tracks written and composed by Linda herself. The CD is also available locally in Welby’s and Keogh’s Shops in Oughterard.