You are here: Home>People>A Tribute to Mattie Healy R.I.P.

A Tribute to Mattie Healy R.I.P. 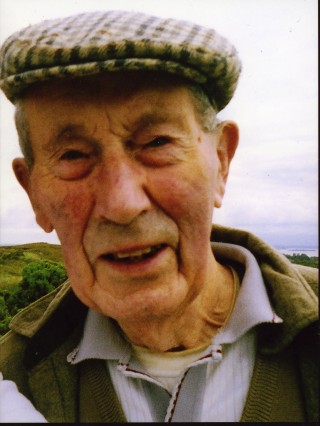 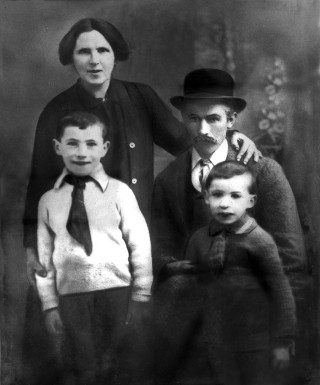 Mary and James Healy with their youngest sons Mattie and Christy 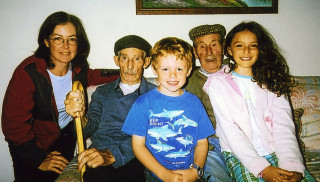 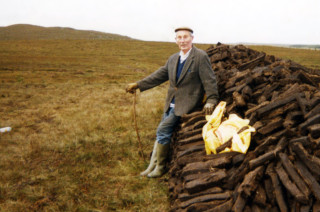 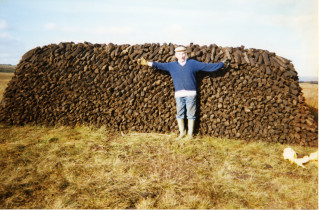 The year in which Mattie Healy was born was a historic one for many reasons, coming, as it did, in those difficult years of struggle before the foundation of modern Ireland many events of national and international significance occurred. Following the general election of 1918, Dáil Éireann sat for the very first time in 1919 only later to be declared illegal. Later in the same year of 1919, key figures in the first government were either arrested or imprisoned. It seemed that great social instability and uncertainty hung in the air. They were perhaps among the more turbulent events of 1919. On the brighter side, 1919 was also the year in which, thanks to Alcock and Brown, two great continents were bridged when they completed their first trans Atlantic flight landing a few miles away from Oughterard in beautiful Clifden to the amazement of the crowd who woke to a fine sunny day and the sight of the strange flying machine. The great Irish language poet, Eoghan O Tuairisc, himself a native County Galway, first saw the natural light of day in 1919, and in the Healy household too, in the house at the bridge, the birth of Mattie, on 14th of December, announced the safe arrival of the eleventh child.

Down through the years.

Mattie was born to Mary and James Healy, the eleventh child of twelve. Mary and James had 9 boys and 3 girls and with the passing of Mattie, all twelve are now deceased: the second last to be born but the last to die. Just as Mattie’s birth occurred in a historic year, his death was also a moment of profound significance as it brings an entire generation of Healy’s to a close. In that sense, it is a historic event for the extended Healy family. A life as long as Mattie’s sees much change and witnesses many things which, were they all to be written down, would surely be a history or a record of the best part of twentieth century Ireland. We don’t need to let our imaginations run too wild to think of all the events and occasions witnessed by Mattie down through the years. What changes he must have noted from his perch behind the shop counter. Indeed the Catholic Church, so clearly visible from his home, underwent a major renovation a few years after he was born including the installation of the marvellous Harry Clarke window. As a child Mattie would have seen the various stages of its construction and celebrated the conclusion of the work along with the rest of the village.

Mattie worked his entire life between the shop counter and the family farm. All the world passed by the shop and conversations shared, news exchanged, bargains struck were the daily cut and thrust of his work. Generations of school children sought sugary refuge and greater sustenance from Mattie’s shop and in spite of the passing of time, the shop is still known as “Mattie’s”.

The farm too, with its cattle, held a prized place in Mattie’s affections and no greater judge of cattle could be found than Mattie Healy: who was possessed of a keen eye to spot the best. Along with his loyal dog, Mattie’s care for the animals was well known and his judgement respected.  The seasons of the year marking the passing of time and the natural cycle of birth, death and regeneration were all familiar to him.

On the social side Mattie enjoyed the craic with all and could be found playing a hand of 25 on a Sunday night in the Corrib. Fishing too was part of his life’s history, as was a keen interest in community theatre in his younger years.

All these details and the many other memories people have of Mattie Healy, go to create the sense of a man full of ordinary decency and hard work. It’s an image of rural Irish life with simple pleasures, hard work and friendly neighbourliness that many think is missing from Ireland today; consigned to our national history. And yet, when we think about it, what we see clearly in Mattie’s life are nothing more than Gospel values of honesty, decency and kindness – values which can never be consigned to history. While men and women of Mattie’s generation might be dying out, the values by which that generation lived their lives are timeless. Of course times were different, and perhaps tougher than today, of course the times have moved on with all its technological advances, of course very few would like to return to the Ireland before electricity, but the timelessness of Christian values and principles is what links each generation one to the other. The example of Mattie’s life has inspired other generations and the obvious affection his family have for him is testament to how they too were touched by his simplicity, his hard work ethic and his closeness to God and nature.

For the Healy family now is the time to let Mattie go freely into the love of the Lord. He has a new life to live now with Christ. After a long life of hard work, his labours are over. After a life that saw many historic events, the great span of eternity opens before him and a new future, not a past, is yet to be written. We thank God for the gift Mattie was to his family, his friends and the community.