You are here: Home>People>The Connemara half of Somerville and Ross

The Connemara half of Somerville and Ross 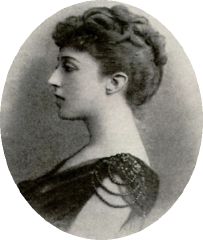 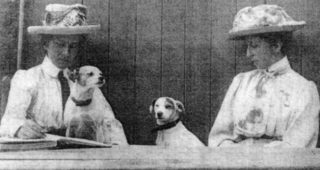 There are only four fruit trees in this tiny plot of garden that I proudly call The Orchard. Despite my best efforts, I fail to keep the birds at bay. They glut on the Bramleys while the wasps play paidín with the Victoria plums.

Little did we know when we built our home here in the west of Ireland that it was once part of the extensive orchard of Ross House, home of the Anglo-Irish Martin Family, a branch of the Martyn’s who were one of the fourteen tribes of Galway.

It was into Ross House that Violet Martin, the Connemara half of that great 19 century literary collaboration, Somerville and Ross, was born in 1862. The youngest in a long line of children, she slipped into the household without any fanfare. Though one of her sisters described her as a pretty child and photos of her when she was a young woman attest to that, in her early years, she largely went unnoticed. Writing about her schooldays she paints a vivid picture of the hi-jinks in the Ross schoolroom with her siblings and their teacher, James Tucker, as they enacted dramas and sketches written by their brother, Robert.

But brother and teacher were not the only literary influences. While both her parents were versed in the classics and had an interest in writing, there was also a family connection with Maria Edgeworth and Edward Martyn of the Irish Literary Revival, so it is no surprise that she followed in their footsteps. When their father died in 1872, financially destroyed by the Famine, her mother and siblings returned to their Dublin town house where Violet went to school in Alexandra College.

Ross was some woman for one woman, a firm believer in women’s independence and suffrage. She had great charm, drew people to her and was a most entertaining storyteller. She was already eking out a living as a journalist when she met Edith Somerville at the age 24 in Castletownsend in Co Cork. Second cousins, both recognised the consanguinity between them, a meeting that according to Edith in her Irish Memories had a life-changing impact on her for the rest of her days.

Building her pen name on that of her family, it was under this soubriquet, Martin Ross that Violet chose to write with Somerville. Theirs was a symbiotic relationship, each one smoothing the awkwardness of the other, bringing the best of their humour, satire and comic observations to bear on the work. Great networkers, they would have been today’s queen tweeters and Facebook followers as they called on important people to advance their careers. Taking their inspiration from family, locals and relations, like the wasps in my orchard they played puck with them.

Not quite the Victorian Thelma and Louise yet they travelled the country, gathering stories and articles for their stock pile. Then when the time came they loaded their deadly pens and shot from the hip in a spirit of comedy and revenge. Their first hit was the novel An Irish Cousin published in 1889. They followed up with many more but the ones that they are most remembered for are Adventures of an Irish RM and The Real Charlotte.

While the comic escapades of Major Sinclair Yeates brought them fame, it was The Real Charlotte that went on to be one of the outstanding novels of the 19 century.

Based on a woman who had swindled Somerville out of her inheritance, this story of revenge was started in Ross House and is featured throughout the book in the guise of Bruff, Lady Dysart’s house. The opening is the vivid scene on the streets of Dublin coming from Violet’s gimlet eye and experiences. Criticised when first published, Violet proclaimed it to be their best work. And it went on to prove her right.

When Violet died 100 years ago on 21 December, 1915, Edith was broken-hearted yet continued to write under both their names believing that Violet still walked beside her, inspiring her.

I can see them now strolling through my orchard, their proud demeanour, their fancy hats, their little yappy dogs, Candy and Sheena, running alongside them, as the two women plot the world of Francie Fitzpatrick, Lambert, Norry the Boat but most of all how Charlotte Mullen will get what’s coming to her.