You are here: Home>People>NUALA WALSH 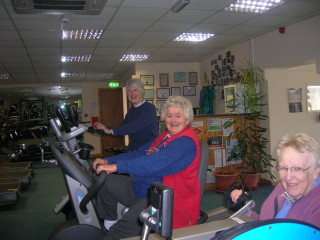 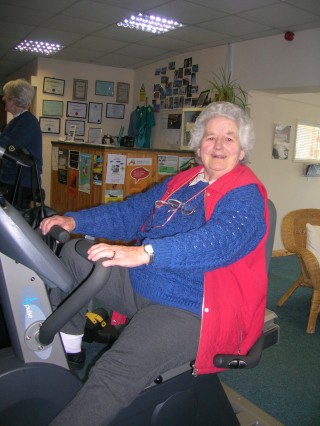 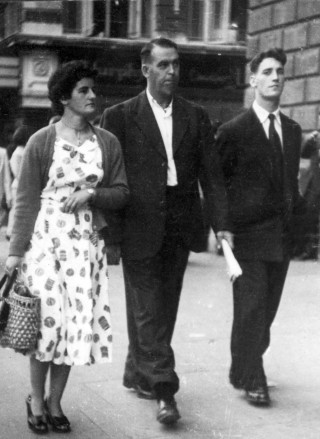 “Now we have time to savour

To gather and to sow

Nuala was born in 1928 into a family of ten children, five boys and five girls, at a time when the new state was beginning to find its feet. The family were fortunate to live beside Presentation College and Loreto Convent, Bray, where they all received an excellent education. Nuala was the second youngest of that large family. From an early age she had a love of sport. With her siblings she played tennis, hockey and tip rugby. She helped start Bray Cove Swimming Club and Bray Marian Hocke Club. She represented Leinster in  hockey and holds an All Ireland Springboard Diving medal.

Nuala’s father, Edmund O’Brien, grew up in London. He trained as an Art teacher in St Mary’s College, Strawberry Hill. He married Angela Gibney, in 1912 (whom he had met in the Gaelic League). Edmund’s father had emigrated to London from Cork and his mother was from Devon.

Love of the Irish language

He fled London in 1914 with his Irish wife and young son as he didn’t want to be conscripted into the British Army. He was a supporter of Home Rule and Sinn Fein. In Ireland he helped out on the Gibney farm at Retaine, Navan for a number of years. Later with his wife, he ran the post office and shop in Mornington, Drogheda. About 1920 he was appointed Professor of Art at St Patrick’s Teacher Training College in Drumcondra and he taught Art to trainee teachers and nuns at Carysfort College, Dublin. He held these appointments until his untimely death in 1941. Nuala’s father had a great love of the Irish language and he spent time in Connemara learning it. Nuala too has inherited that same love of all that is Irish and speaks the language at every opportunity. Nuala recalls that when the family lived in Bray her father escaped from the Black and Tans by hiding under the stalks on the potato ridges in the back garden.

One of her fellow workers was Michael Collins

Nuala’s mother, Angela, was a woman of great faith and an efficient manager. She was an avid reader and loved to discuss books and plays. She took an active part in politics and was a De Valera supporter all her life. She grew up in Navan Co. Meath. She worked as a civil servant in The Post Office Savings Bank in London prior to her marriage. One of her fellow workers was Michael Collins who went on to become Defence Minister in the Irish Free State. It is ironic that Angela’s grandson ( Nuala’s nephew), film director Neil Jordan, went on to make the film “ Michael Collins”. In later years when Angela became terminally ill, Nuala gave up her job in the National City Bank, Dublin, to help her sister care for her mother.

As a child Nuala enjoyed spending long summer months by the sea in Bettystown, Co. Meath. There she golfed, swam and played tennis. She made many friends there and maintained a lifelong affection for the picturesque village.

The two lads introduced Nuala and her friend to Harry Walsh

In 1955 Nuala came to Galway to play in a Hockey Tournament. During the weekend, together with a friend, they thumbed their way to Roundstone, getting a lift with a man who had a trap tied to the top of his van! On their return journey they were fortunate to get a seat from Joe Joe Carney and Dinnie Sullivan, a local taxi driver. The two lads introduced Nuala and her friend to Harry Walsh and Johnny Keogh… and the rest is history.

It came as no surprise to her family in Bray when, in 1956, she announced that she was going to hang up her hockey boots, abandon her City Bank job and settle into life on a farm with her new found love, Harry. Nuala was married in October that year and the following years saw the arrival of seven bouncing bundles of joy; Niamh, Ita, Lucia( RIP), Mary Angela, Eamonn, Padraig and Harry Óg.

While waiting for a promised new bungalow to be built, Nuala lived for ten years in a thatched cottage with an open fire, no running water and few modern conveniences. However she did have electricity and her brother, Pearse O’Brien, gave her a present of a large Hotpoint washing machine. Before using it for laundry, the enterprising Harry made 11 pounds of butter in the white enamel washing machine and gave presents of the delicious butter to family and friends. Nuala’s six children spent their early years in the cottage until the new bungalow was completed in 1969.

At the age of 55, he died unexpectedly

Harry built up a cattle business over the years, sourcing cattle locally for buyers from other parts of Ireland and the UK. He also did some farming. As a father he was ahead of his time in that he was very involved in caring for and rearing his children. After a week’s illness, at the age of 55, he died unexpectedly. Nuala was left a young widow with six children between the age of 4 and 11. This was a difficult time for Nuala but with the help and support of family and friends and her indomitable spirit she faced adversity. In particular her brother in-law Matt, was exceptionally supportive to her and her children and helped manage the farm. Nuala successfully reared her family and gave them all a good education.

In spite of being a widow, as her son Harry once wrote, ” in between washing nappies, fetching water and pushing prams, the ever energetic Nuala also found time to become involved in numerous local activities”. She became president of the ICA, gave swimming lessons in Lough Corrib and at the local pool, organised badminton in the ‘Kirk’ and later in the community centre and played and coached basketball. The children she coached fondly referred to her as ‘Mammy’.

She was a constant presence on the sideline of her sons’ and daughters’ football and basketball matches over the years and now attends the matches of her beloved grandchildren, who continue the sporting tradition she started. Nuala herself won a County Division 2 badminton medal with the local club in 1981 at 53!

She is a former President of the Bridge Club and past Lady Captain of the Golf Club. She has represented the Golf Club on various teams down through the years. One could always rely on Nuala’s competitive spirit to overcome her opponents!

Nuala is a great ‘party girl’ and is always willing to add to the night’s entertainment with her rendition of  “The Silver Plated Teapot”, a poem she learned at primary school! One of the greatest gifts to give another is the gift of time. Nuala was always generous with her time, always helping and assisting neighbours and friends when in need. She possesses an indomitable spirit, with a zest for life. A woman of strong faith, she appreciates all that is good in life and is blessed with a loving, caring family and loyal friends. At 85 she is still active and involved in the local community. She continues to play golf and bridge and particularly enjoys the weekly exercise classes for seniors. She constantly sings the praises of this country and how well it looks after its older people.