You are here: Home>People>James Egan and Julia Cleggett - A Tribute 1995 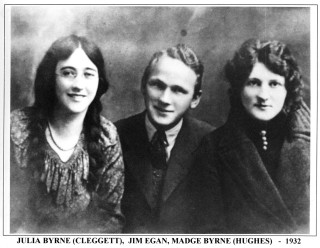 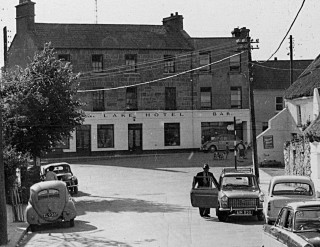 With the death of Mrs. Julia Cleggett, it is the end of an era, as she is the last remaining member of her generation of the Byrne family. Mrs. Cleggett (nee Byrne) and her husband Mr. Jack Cleggett R.I.P. established a successful news agency, stationery and general business in the 1940’s.  To their three children, Alice, Leopold and Jacqueline we extend our deepest sympathy on their great loss.

James Egan who passed away on the 3rd April was the best-known hotelier of Oughterad where he held court over the years. Countless guests enjoyed his hospitality and boundless wit.  Jim was an institution in the village and in wider circles. He had a brilliant career in the sports arena, where in his youth he played rugby for Connaught and was the Irish 100yards and 200yards champion.  In later years his interests included farming and the turf; subsequently being appointed to Bord na  gCapaill. Jim was the first elected President of the Irish Tourist Association in 1957, and continued his contribution to the industry until his death.

Jim ran the Lake Hotel in his own inimitable way, ably assisted by his wife Sheila who predeased him and Mrs. Sheila Lyons.  Anecdotes abound and many are based on fact.

Whilst many an unwitting person found himself at the receiving end of Jim’s ascerbic wit, this was more than outweighed by his unsung generosity in helping others. Jim’s final years were beset by ill health, which he bore with great patience and wit. In his final year he was cared for by his family, with the dedicated assistance of Paul Stewart and Pat O Connor.