You are here: Home>People>Kathleen Maloney 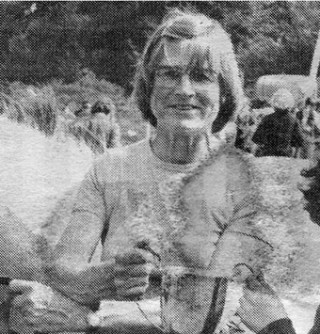 A Profile of Kathleen Maloney

My grandmother was Dora O’Fflahertie, sister of Jack O’Fflahertie, the last resident owner of Lemonfield.  She married Dr David M Jack of the Indian Medical Service.  Owing to this coincidence of names, when I came to live in Ireland many people thought that my name was O’Fflahertie and that I was called “Kathleen Jack” on account of my granduncle.  “Jack” is quite a common surname in the Scottish lowlands, but not well known elsewhere.

My father joined the British Merchant Navy and I was born and brought up in England.  I first visited Ireland in 1929 when my father brought me over on a fishing holiday.  At that time my granduncle was about 80 years of age.  He had never married, and occupied only a couple of rooms in the house which was completely unmodernised.  On his death in 1931 the estate was inherited by his brother George.  George was old and in very poor health and never moved to Lemonfield and in 1936 the whole place was taken over by the Land Commission.

For some of the intervening years an unmarried sister, Grace O’Fflahertie, lived in the house and I kept her company until her death, returning to England when the place was stripped.  During those years I met Michael who had recently returned to Shrue after several years in America.  He also came to England and after a while got a good job on the Gorhambury estate near St Albans.  We married in 1938.

War broke out in 1939.  Owing to the extreme importance of food production, farming was a Reserved Occupation for men over the age of 25 years.  This meant that they must stay in this job and were not called up for the armed forces. Michael, however, served in the Home Guard, a home based force which would have been called up to defend its own district in the event of invasion.  Invasion seemed very likely in the end of the summer of 1940 after the fall of France, when the British Expeditionary Force was almost miraculously evacuated from Dunkirk minus most of its equipment, and England stood alone.  Continuous bombing, however, failed to break the spirit of the people or reduce the RAF sufficiently to give Hitler the confidence to invade.  As the weather got worse and armaments were gradually built up that danger lessened.

The sky lit up with fires burning in London

Heavy bombing continued all through the following winter and London and other cities suffered terribly.  St. Albans, which is about 20 miles north of London, and Hertfordshire, was not disturbed in the same way as Surrey, Sussex and Kent to the south and southeast where most of the Fighter Command airfields were situated.  There, constant battles were waged overhead and bombs were jettisoned indiscriminately.

We had plenty of noise however.  Every night the raid warning sirens went off.  The air re-echoed with the sound of planes, bombs and anti-aircraft fire and the sky was lit up with the fires burning in London.  The German bombers’ engines made a distinctive and unmistakable throbbing sound.  We always heard them passing over on the nights that they attacked the industrial midlands or the north.  As the nights became brighter and the defenses improved, more planes were destroyed and the German losses eventually became so great that the attacks were called off.

At the start of the war all the church bells were silenced.  They were to be rung as a sign of invasion.  The first great British victory was the battle of Alamein in North Africa.  In celebration of this, the bells of every church rang peals for hours.  It was a wonderful sound.

In the last years of the war we were heartened by the sight of huge fleets of USA bombers setting out on long distance raids on summer evenings and in 1945 the war ended. All through those years I did every class of farm-work.

It had always been our wish to settle in Ireland, and in 1950 we moved back to Oughterard and acquired my present home in Glann.

Glann compared to the present time was remote.  There was only one motor car in the district, belonging to Guard Manning whose wife was the schoolmistress at Glann School.  Everyone else travelled on bicycles.  The tarred road only reached as far as Cappagariff and cycling could be hard going.  There was no public water supply.  A large rainwater tank was the most anyone had.  Drinking water was drawn from a spring well in buckets until the Group Water Scheme was started about 20 years ago (1977), which I had a hand in organizing.  The big change came with the coming of the ESB.  Homes were now well lit and could have all modern appliances.  The new houses which were built had all the comforts of town.

A branch of Muintir na Tire was started in Oughterard in the early 1960’s.  It was extremely active and was instrumental in the founding of St. Paul’s Secondary School and the construction of the pitch in Corribdale.  This was made over to the GAA on account of the grants which were only available to that organization.

There was a National Question Time in which we were very successful, winning it in 1968 and 1970 and runners-up in 1969.  Joe Lydon was the captain and other members on the team were Mrs Alice Nee, Mrs Mary Faherty and Pascal McDonagh.

Shrubbery at Clareville for use as a public amenity

Muintir was very anxious to develop the shrubbery at Clareville for use as a public amenity.  This property was owned by my cousin David Jack, who was very willing but did not wish to have any personal involvement.  It was therefore arranged that I should acquire it and let it to the Muintir on a 99 year lease at a “peppercorn rent” of one shilling a year.  This was later transferred to the Community Council, and more recently to the Oughterard Tourist and Development Association who now keep it in excellent order.

The Muintir branches eventually became Community Councils which were supposed to be more democratic and represent all sections of the parishes equally.  I served for six years on the Oughterard branch, but it never seemed to have the push and energy of Muintir na Tire and gradually it faded out.  At the present time, my only public interest is the Oughterard Show Society.

My farming does not amount to much these days but I still keep a few suckler cows.  I am very interested in Sheepdog Trials and travel to any within reach.  In 1997 the International Trial was held for the first time ever in Ireland, at Thurles. Teams from Ireland, England, Scotland and Wales competed and the whole event was a huge success.  To make everything perfect, the Supreme Championship was won by an Irishman, Frank Cashen with his dog “Jan”. In the future the International will be held here every 4 th year, circulating around the four countries.