You are here: Home>People>A Tribute to the Late Johnny O 'Connor

A Tribute to the Late Johnny O 'Connor 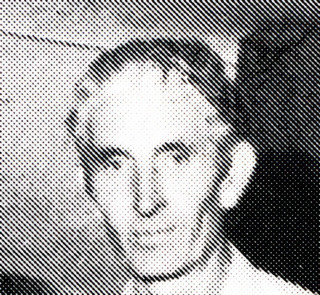 Johnny was born and reared in Camp Street.  His family had a butcher shop where Eamon Mc Geough’s is to day. His brother Tom who lived at Gortrevagh, carried on the business there up until the seventies.  Johnny worked for some time in his Uncle’s butcher shop in Headford, from where at the age of nineteen he emigrated to England and joined the Irish Guards, and later the London Fire Brigade. He served with the R.A.F. (ground force) in the Far East during the war against the Japanese.

He was a very popular and active member of many clubs and organizations in Oughterard over the years up until his untimely death in January 1988 at the age of seventy four. The clubs included Muintir na Tíre, The Show Society, The Athletics Club, G.A.A. The Boxing Club and the Festival Committee – to name a few.

Foundation of the Boxing Club

Johnny will be specially remembered for his time spent with the Oughterard Boxing Club, where he was well respected but never feared. Johnny formed the present Oughterard Boxing Club in 1964/1965, when local G.A.A. players gathered in the Hibernian Hall, Camp Street, for winter training.  Matt Molloy from Eighterard, told me that he was asked by Johnny to propose its formation at a Muintir na Tíre meeting back in 1964. Johnny had trained and sparred while in the army and wanted to use his experience as a means of gaining fitness and instilling discipline in the youth of Oughterard, mainly for foot balling purposes, and it mushroomed from there.

The first memory I have of boxing in Oughterard under the supervision of  Johnny O Connor was at a Regatta in Baurisheen.  There was a ring erected beside the lakeshore and a number of contests involving outside clubs were put on in order to promote boxing locally. (There had been Irish dancing on earlier, so the ring was serving a dual purpose).

Johnny Lee from Cloosh and Tom Gavin from Magheramore were persuaded to tog out and the part at the latter end of the tournament.  Johnny Lee got into the ring all ready for action, but the ring collapsed before his contest and the boxing was abandoned. (I’d say there were too many heavy weights that day, or else too much Irish Dancing earlier on and Johnny Lee and Tom Gavin had a lucky escape!!

The real boxing tournament held in Oughterard by the present club under Johnny O Connor was in the old Kirk Hall where the Community Centre is to day. It was held about 1965. The local lads who boxed on the night were Pascal Mc Donagh, Micksie Mc Gauley, John Walsh (James), Mickey and Brian Quinn and Raymond and Martin Lee. (Sorry if I omitted anyone but it was a long time ago.)

The number of County and provincial titles won by Oughterard Boxing Club, in Johnny’s time in charge, are too numerous to mention and there were also two national titles won in 1969 and 1970.  His best year as trainer/coach at provincial level, achievements-wise, was in 1970 when our club won 6 Connacht Juvenile titles on the same day at Swinford, and won the award for the best club in Connacht, (an award not won again until 1995 when the club won 5 Connacht Juvenile titles and had one finalist on the same day at Manorhamilton.)

Assisting Johnny at Swinford were Christy Butler, Joe Mc Gauley, Frank Kyne and Pat Mc Gauley, formerly from Derrymoyle. That was the night when Paddy and Tom Geoghegan from Rusheeney carried Johnny on their shoulders up the Main St. in Swinford.

I have often wondered how could he spend so much time helping out in the various clubs and organizations that he was involved with.  As a farmer his time must have been limited but we never felt that, as he was a very generous man, both with his time and his money.  For the National Championships alone, it involved the best part of a week away from home and for many years he did this, from 1969 up until the eighties.

I was with him on three of those occasions in 1960, 1970 and 1971 and I know there were many more events that demanded his time later on. In late 1969 he accompanied me on the International Juvenile Team to a triangular tournament, involving Ireland, England and Wales in Coventry. We were more than a week in England. We stayed for some time with Johnny’s brother Jimmy and family in Woverhampton.  I have met Jimmy a few times since and thanked him, but I never got to thank his wife Masie as she died at a very young age in the seventies.

How many men would sacrifice such time, especially farmers, who never seem to have a chance of a day off, all for the sake of sport and young people?  Johnny O Connor did just that and I think part of the reason was that, he was a good organizer, but more importantly that he had a good back up team in his wife Josie and family-Bridie, Kevin, Patti and Pauline who also must have sacrificed a lot in order that he could have time off to contribute to and be a leader of his community.  They deserve our thanks.

I all the years I had known Johnny, I’ve never heard him use bad language, or tell vulgar jokes, although he did have a great ability to shorten journeys with stories about his time in the Far East during the war, where he spent time in Burma, India, Malaya, where he endured the awful heat, smells, mosquitoes, flies and malaria. He told us stories about the Gurkhas – a vicious tribe that would cut off a man’s head without much provocation and luckily hated the Japanese and were on the side of the British.

Often while chatting with Johnny he’d recall how well the Boxing Club had done over the years from humble beginnings in the Hibernian Hall:  (long since knocked down) to Irish titles in the National Stadium in Dublin.  As a man who appreciated and love nature, especially the growing of trees and shrubs, the old proverb “ From small acorns big oak trees grow” aptly applies.

Speaking to any of the lads who were trained by Johnny, the consensus was that he was like a second father to us all, and the words “ a father figure” still pop up in any conversation about him and his time with the Oughterard Boxing Club.

I think that, in itself, it is fitting tribute to the man to say truthfully –