You are here: Home>People>Tommie Sullivan Glann 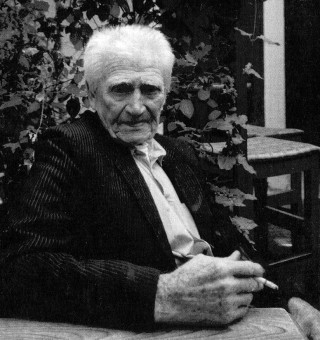 It was a great pleasure for Brigid Morley, Sheila Morley and myself to meet with Tommie for lunch in the warmth of Breathnach’s pub on a cold November’s day.  Tommie had a most interesting story to tell.

He was born in the Bronx New York on August 10th 1918.   His father fought in the First World War 1914 in the British army. A tree fell on him accidentally and he returned home for treatment. Dr. O Brien who treated him said, “If you have any sense don’t go back again”. He did return to the army but while at sea he jumped ship and was picked up by an American ship and sailed to America.

In America he met Mary Farrell, sister of Tommie Mallon’s mother and they married.  His father or mother never returned to Ireland. They had two children, Ann who was a year and a half older than Tommie and of course Tommie himself. Sadly his mother died of the “Black Death Fever” when Tommie was 11months old. Shortly afterwards Tommie was taken ill and was admitted to hospital.  His father was unable to take care of him and he was cared for in a home in New York.

When he was three years old he was sent to Ireland in the company of Mrs Night who was coming home on holidays to Oughterard. It took the ship 3 weeks to cross the Atlantic. The ship docked in Sligo and they took a train to Galway and from there they took the Galway/Clifden train to Oughterard. A donkey and cart took them on the last leg of their journey to Glann. Tommie, in later years, returned to the Bronx and tried to locate the “Home” and Mrs Night but sadly he couldn’t trace the home or his travelling companion.

Patsy Sullivan’s mother, Margaret, took care of him until he was 14 years of age. He has fond memories of Margaret as she was very caring.  Margaret had a large family and they were very poor as were so many families at the time. Yet she welcomed Tommie into her home.

He remembers the one big meal they would all share on Christmas Eve. A leg of lamb was boiled in a large pot- that would often be the only meat they would eat during the course of the year. He got a pair of new shoes as a Christmas present every year. The shoes would have to last the year – by October /November the shoes were usually worn or were too small so Tommie would walk bare foot for these two very cold months, waiting anxiously for his new pair of shoes at Christmas.

Tommie Works on the Land

At 14 years of age he went to live with his uncle, Michael at Farravaun  (meaning  “Fear amháin”- as only one man lived in Farravaun and he was a “Sullivan”).  Tommie helped his uncle on the farm-sowing potatoes, oats, turnips, vegetables, milking  cows by hand and tending the animals.  Michael had a good farm at Rinnaroon too- the Hill of the Wrens. Surprisingly Tommie never fished even though he lived close to the Lake. He didn’t have a boat and he didn’t like the water – perhaps his dislike of water had something to do with him spending three weeks on the sea coming to a strange land as a child!!

His earliest memory is when he broke the globe of the oil lamp as he said, “I got a good flaking for that”.

Tommie went to school in Glann. He went bare-foot as was the custom at the time. He was taught by Miss Hession and Joe Morrissey. Joe replaced his mother who also taught in Glann. The day commenced with the teacher taking a sally rod and giving all the pupils 3 slaps to “waken them up.” Irish was not taught. You got into trouble if you spoke Irish as English was the language used under British Rule. Great emphasis was placed on singing songs as there was a competition between all the surrounding schools every year. Choirs came from Moycullen, Laghtgannon (old school of Killannin), Spiddal and the two schools of Oughterard. The teachers had a “Cup” for the best choir. Glann school won it in 1928.  Long hours of practice went into perfecting their songs. A stage was erected at the top Bolger’s field where Waterfield houses are to day. Everyone looked forward eagerly to the great choir competition day.

Tommie had several romances in his day but marriage was not an option for him as he would lose his home and farm if he married. When Tommie was about 16 years old his father sent for him.  He was prepared to leave but his sister Ann insisted that she should go. Tommie was happy on the farm so he let his sister go to America in his place.  He has no regrets regarding that decision.

In 1948 he received word that his father was planning a visit to Ireland. Tommie was really looking forward to meeting his Dad after all the long years of separation. His dad had married again but had no family.  Unfortunately he never made the trip as both himself and his wife were involved in an accident. Tommie’s father’s brother in law knocked his father and wife down. His father died from injuries received in the accident. His wife who only survived him by 3 days got his estate but Tommie never received anything.

Tommie remembers Countess Metaxa who lived in Walter Macken’s old home, now home to John and Brigid Morley and family.  It was known as– Gort na Ganiv – (The field of sand). Sand and gravel from the sand pits on the site helped to build many paths.   There was an orchard, a large vegetable garden, a tennis court and a wood attached to the house. A big party was held on the tennis court for the countess’s daughter who was returning to England. Written invitations were issued to the neighbours. Music was supplied by Tommie Tuck and Jackie Kinneavey. They played fiddles.  Johnny Kelly and Tommie Tuck put on a bet of 10shillings with Tommie Sullivan that he wouldn’t ask the Countess’ daughter to dance.  Tommie took on the dare went up to the lady and in his best Irish accent addressed her, ”Would you mind having this dance with me”.  She accepted.  “She was a fine strong able woman so I waltzed her around the tennis court. I got my 10shillings. I was a happy man”, laughed Tommie.  The following day the countess came and thanked Tommie.” You were the only man that asked my daughter to dance. You are a wonderful dancer,”she said. The countess was married to a Russian and came here on holidays. Her daughter died in a car crash in England. The countess could be charming but she could be vicious too. Once she fired a bullet from a revolver at boys sitting near her property. The bullet grazed Tommie’s pants. He was furious and complained. “We have as much right to the road as you have,” he said. He was going to report her but he didn’t as she “drew in her horns” as he said. She often threw parties at Christmas and invited them. She was generous on those occasions and even gave them food to take home. In 1951 she sold her house to Walter Macken and started to build a new home on her land where Mr. and Mrs. Bresnihan live to day. Unfortunately she ran into trouble with the builders and returned to England.

Thank you Tommie for sharing your stories with us and at a future date we will continue to reminisce of days gone by.