You are here: Home>Places>Townlands of The Civil Parish of Kilcummin>Fough East>Words in Remembrance of Sergeant Michael O'Shaughnessy 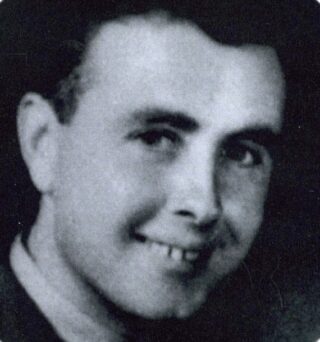 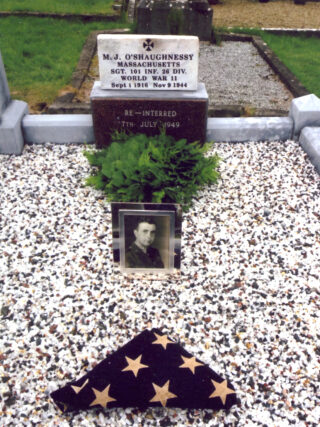 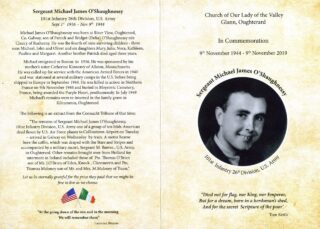 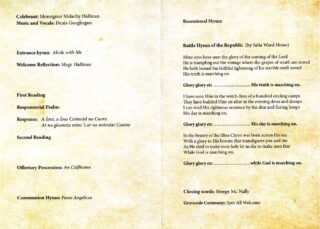 On the 75th anniversary of Sergeant O’Shaughnessy’s death, I would like to say a few words to the family and friends of Michael. I think it’s wonderful to honor him, his memory and his sacrifice. During the conflagration of World War II, it is only because of the sacrifices of men like him so long ago that allow us to live in free and prosperous societies today. All of us all owe a debt to the men of the greatest generation thank Michael for making the ultimate sacrifice.
As an Irish immigrant to the United States, living in Boston it was only natural Michael would have enlisted in the 26th Infantry Division. The 26th Infantry Division was based in Massachusetts and although it’s three infantry regiments had men from all over New England, the 101st Infantry Regiment, which was Michael’s Regiment, were all from the Boston area and had a large contingent of Irish immigrants represented.
After intensive training, the 26th Infantry Division sailed for France and landed in Cherbourg on the 7th of September 1944. It was then that Michael’s Division was attached to the 12th Corp which was part of Third Army commanded by General George S. Patton. The Third Army objective was to attack south of Belgium and Luxembourg to strike into Germany and try to end the war quickly. The 101st Infantry Regiment was a key part of this effort. From the beginning of the 101st Infantry combat actions, they gained a reputation for aggressiveness and excellence in maneuver warfare that were a trademark of the Third Army. For Michael to have risen from the ranks of a private to that of a Sergeant reflects admirably on him as it was sergeants that led men into battle. It is sergeants who lead by example in all aspects of military life both in peacetime and in war.
On the 8th of November 1944, Sergeant O’Shaughnessy led his men at the beginning of a massive offensive operation in western France. The 101st Infantry Regiment advanced South from Metz, under the cover of a massive artillery barrage. Its mission was to guard the left flank of the entire 28th Infantry Division while advancing south to capture the city of Arracourt. The following day on the 9th of November 1944, Sergeant O’Shaughnessy was killed while leading his men attacking his regiments objective Hill 310.
75 years later we remember Michael, I would hope Michael would be happy he is remembered by his family and friends through memories, photographs, his Purple Heart medal and the US flag which was presented to his family. Michael was part of the amazing connection between Ireland and the United States, which is a lasting one that has shaped the United States and influenced its history for the better. Irish immigrants have volunteered and participated in every war the United States has ever found itself in, even today the valor of Irish soldiers is clear. The United States thank Michael for his sacrifice so long ago and so far from home. It is fitting to remember Michael today on the anniversary of his death in France 75 years ago today. The United States is forever grateful and remember these brave men who gave their last effort to make us all free.

Michael emigrated to Boston in 1936. He was sponsored by his mother’s sister Catherine Kinneavy of Allston, Massachusetts. He was called up for service with the American Armed Forces in 1940 and was stationed at several military camps in the U.S. before being shipped to Europe in September 1944. He was killed in action in Northern France on the 9th of November 1944 and buried in Moyenvic Cemetery, France, being awarded the Purple Heart, posthumously. In July 1949 Michael’s remains were re-interred in the family grave in Kilcummin, Oughterard.

The following is an add extract from the Connacht Tribune of that time.

“The remains of Sergeant Michael James O’Shaughnessy 161st Infantry Division, U.S. Army one of a group of 10 Irish-American dead flown by U.S. Air Force plane to Collinstown airport on Tuesday – arrived in Galway on Wednesday by train. A motor hearse bore the coffin which was draped with the stars and stripes and accompanied by a military escort. Sergeant M. Reeves, U.S. Army to Oughterard. Other remains brought over from Holland for interment in Ireland included those of Pte. Thomas O’Brien son of Mr. J O’Brien of Eden, Knock, Claremorris and Pte. Thomas Maloney son of Mr and Mrs M Maloney of Tuam”