You are here: Home>Places>Townlands of The Civil Parish of Kilcummin>Tullaghamore>Tribute to Bartley McDonagh, Maam Cross 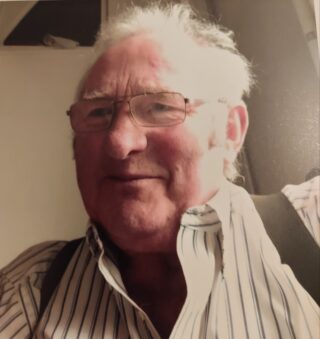 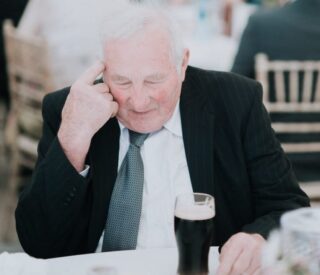 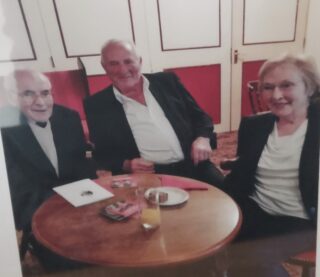 My dad was a very humble man. He wouldn’t have wanted the attention or the fuss as he called it over the days since his death when people gathered to pay their respects to him, on the other hand he would be trying to talk to everyone.

Dad was born on the 7th August 1939, the youngest of three children. He had an older brother Jimmy who sadly passed away 3 years ago. Dad has a sister, Mary, who is 85 years old, living in New York, she is with us today online.

Dad went to school in Leam, and his defining moment as a schoolboy was starring in the Quiet Man film as Dad and a friend walked over the bridge during filming. We were never sure if Dad was an extra or “film bombed” the scene but when you asked about his education, that was the story you heard.

At 18, Dad went to England, to Southend-On-Sea to work on the building of a supermarket. Within a month he went to London, where he spent 18 very happy years and made life long friends. He met another Mc Donagh in London, a girl from Roundstone, and married my mother Ann in 1965.

With three children, Dad, aged 36 years, returned to Tullaghmore to help his father and mother with the farm. He missed England and his eyes lit up when he recounted stories of his days there and people he knew. Many of Dad’s friends from England kept in touch all his life, that says a lot about the man he was.

Dad was known for his screeding; he was an extremely hard worker as anyone who worked with him complained about. I have often heard men say the sweat was belting out of them as they tried to keep up to him. He had hands like shovels, a gene he passed to all of us, thanks Dad!

Dad had 6 children, Geraldine, myself, Jamie, Barbara, Emer and Patrick.

As a father, he was kind, soft, fun and patient. We tested his patience well and a few times saw the fiery thread in him. I remember being around 9 years old and my sister Geraldine and I were footing the turf. We knew well what to do and he had taught us well, what could go wrong? Well, we decided to be creative and diversify from the usual technique. When Dad came back to the bog a few hours later, the turf had been footed in triangles, circles, capital letters, all sorts. It could have been the original squid game, but he was not happy. We learnt a few new words that day.

Dad had 7 grandchildren; Rochelle, Oisín, Oliver, Charlie, Setanta, Adam and Saoirse. He loved them all.

Dad’s philosophy in life was “It’s nice to be nice”, he said that saying to me 2 days before he died and that’s who he was.

He was always ready to help anyone, generous and kind. He loved to smile and make people smile, have the craic and tell stories over a few pints followed by a few more.

Dad loved his Sunday afternoons with his good friends in Peacocke’s. A perfect day out for him was going to a football game and following the GAA.

Dad took to technology late in life, we got him an iPad for hospital, to read the paper on it, play games and maybe watch films. He loved that Ipad as he watched the mart on it and bid on sheep……who knew?

He was telling jokes up until two days before he died, he knew I had been travelling over from England so when I saw him, he told me he had been watching the news that day and that Boris was going to be ok. I asked what he meant, and he said the cabinet will stand by him, they had bought him a present……. a comb!

I believe Dad’s greatest achievement was evident when he died, he had raised 6 children well and instilled in us the strong morals he had. His actions always spoke louder than his words….

Dad, you were ready to rest and we will keep you alive in our memories and stories.