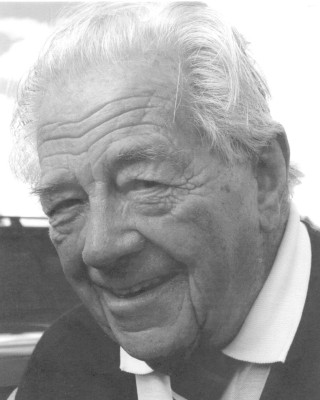 Oughterard has lost one of its mainstays with the sudden death of Michael Previté. It seemed as if Michael had been here forever.  Everyone knew him and he knew everyone. It’s a shame there isn’t a book containing everything and everyone he knew — but it would have to be a very large one. He took such a genuine interest in what was going on.

Some of my own memories include Michael rising at the public meeting about ownership of the lakes which feed the Corrib through the Owenriff and expounding at length about their history going back many many years. It was a fascinating discourse. And he seemed to know the history of much of the property in Oughterard, including my own house.

And who can forget Michael with little Skippy at the Oughterard show, always bringing in the top prize. We should dig out that lovely photograph which we published a few years ago showing Michael and Skippy joined by the lead. I was never sure who was leading whom.

I’ve only been here a dozen years, but our paths crossed many times, from just buying the daily newspaper to his many visits to the tourist office to bring us some of the latest news or perhaps an old picture of interest to our readers.

And I was astonished to discover only a year ago that he was at the Normandy beaches on D-day. Most people I have known who were there never wanted to talk much about it, and Michael, apparently, was no exception. It, and later battles such as the Battle of the Bulge, must have seemed like Armageddon. In my view, one should always respect the privacy of people who have experienced something like that.

In any case, one of Nature’s gentlemen has now passed from the scene and we are all the poorer for it.