An incident on the Corrib

When my father retired 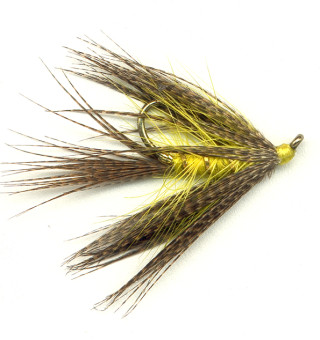 When my father retired he went to live in Listowel in Co Kerry, back, in fact, to the same area where he grew up.

Having lived in Oughterard from about 1930 to 1950 where he was the Superintendent in the Garda he was a very keen fisherman spending many hours on that beautiful lake.

On retiring he had no intention of giving up his lifetime hobby, so each year he would return to the Corrib mainly during the Dap. To apply his skills on the lake, he was a very skilled fisherman, and would be found out on the lake till late in the evening, just one more drift, went on forever!!.

During the 1970 and early 1980 he would tow his very old, dilapidated caravan using his very old, dilapidated VW beetle from Listowel through Limerick and Galway to eventually be parked down by the old boathouse, riverside in Oughterard. Here he would be found for two to three weeks, each day spent on the lake. Any of his family would be more than welcome to join him during these visits!!

In the May of 1984, he arrived as usual for the fishing.  Kevin, {his son} had inspected the wooden boat and found that it had a defective base under the waterline, so Kevin purchased new glass fibre from the boat builder in Tralee.

In a letter written to his daughter-our sister-Dad wrote as follows.

On the 19th. May I took the new boat out on the lake for a cruise to get the feel of it.

Went fishing next day, a cold N/west wind blowing, with an air temperature of 2 to 5 degrees Celsius.  Took a drift, and at the end of the drift when going into the deep water went back to start the engine.

Putting my foot over the seat to get to the engine and at that same moment a wave hit the boat and I was thrown overboard! don’t worry I was not drowned!!

I did have a life-jacket on, the first time I have ever worn one, and so I didn’t sink too much.

I was able to grab onto the boat and hang on, one can’t get into a boat on the lake-I did make a few efforts.

I then started to think ahead, kicked off the Wellingtons in case I had to try to swim to an island. I was in the water for what seemed like a hour when the boat drifted onto Carberry Island, or rather onto the reefs at the end of the island.

The boat was driven on to the rocks, so I was unable to re-launch her.

I knew I had cut my feet off me trying to get over the razor-like rocks, so I stripped to my under shirt which I tore up and wrapped around my feet.

I saw a boat going out Mc Donaghs island, waved to it with my shirt -no good-  I then went onto the island, feet all cut, freezing cold. Made my way to the old  hut in the centre of the island, tried to squeeze water from the clothes and hung some up to dry.

I then went across the island and by Gods good grace a boat have landed.  I fantasised for a moment, and then started to run, I saw two figures and was afraid they might fly away!

They said: Christ Mick Neville: Then my eyes focused, they were old friends of mine.  I told my story, they brought me to Oughterard undressed, re dressed, then to the Doctor, hot tea. And later to the Hospital in Galway for anti- tetanus and penicillin injections and feet dressed.

Kevin came on the scene, so feet have now recovered, delayed shock now and again but nearly ok. Shoulders still sore from holding onto the boat.

The boat was holed in a few places, but now repaired, lost a good rod.