You are here: Home>People>Nimble Dick Martin 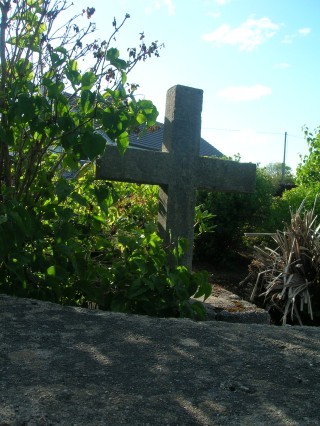 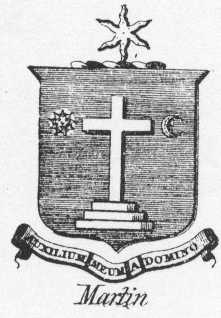 The Martin coat of arms.

Nimble Dick lived at Birch Hall and married Katherine Ffrench, a member of the tribes of Galway. His eldest son was Robin. Nimble Dick acquired 200,000 acres of Connemara lands held by Offlaherties, Joyces, Lees and others. The acquisition of these lands cost him the life of his son Robin. The Martins claimed that they were granted the vast connemara estate on the death of the Offlahertie of the period who having taken the wrong side in the 1641 Rising, was hunted by Coote’s English army until he and his wife were dragged, half starved from their hiding place in an under ground dug-out in the wood and brought to his death in Galway.  The people of Connemara, whose memories are long, claim that Nimble Dick got the estate and his nickname in an even less creditable way than the Martin family claims.

WHO WAS NIMBLE DICK?

Nimble Dick was a lawyer who took King James’ side – and incidentally the Irish side – during the Williamite Wars. At the Battle of Aughrim he was put in charge of captured English officers and in the evening when the Irish were forced to flee from the battlefield his men tried to kill the English captives. Captain Richard, as he was known in the army, was an agile swordsman, kept the attackers at bay and saved the officers lives. He now realised that the Irish cause was lost, so he asked his captives to remember his good deed if he should be in trouble later on.

In later years when the Irish had to show that they had taken no part in the disturbances if their lives or lands, or both, were not to be forfeited, Richard (Nimble Dick0 called on these officers to vouch for him.  They were good enough to swear that he had helped the English at Aughrim.  As a result he was as free as any loyalist to practice his profession of law and to acquire land in that period of easy acquisition.

The O fflaherties, Joyces, Lees and others had to present themselves before the “ Courts of Claims” and show that they had not taken the Irish side if they were to be left in possession of their ancestral territories.  They had lived on terms of amity with the Martins of Ross, they had ridden with Richard himself in James’ army, now in their hour of need they naturally entrusted him with the task of pleading their case and thus gave him the deeds of their land for that purpose.

When the courts sat Richard, secure in the knowledge that his clients knew no English, blandly informed the judges that, as they were rebels, they had give him their lands because they knew that they themselves would not be allowed to keep them.  He then showed the deeds to the judges who acquiesced in the transfer.

The Offlaherties and others discovered a few days later that they had been tricked. This did not worry Richard who was now nicknamed “Nimble Dick”after such a treacherous deed. From then on he and his breed were looked upon as robbers and traitors. During his lifetime he never traveled without a bodyguard.

When Robin, eldest son of Nimble Dick, came of age, he rode one day into Oughterard and there he heard that O fflaherite of Lemonfield had told a scandalous story about his mother, Katherine French.  So great was his rage that instead of going home for help he rode at once to Lemonfield and challenged O fflahertie to a duel. O fflahertie was an elderly man but he gladly accepted the challenge. They agreed to fight on horseback with swords, as was the custom of the time.

The duel began and as the pair was cutting and slashing each other an illegitimate son of Offlahertie, who had hidden himself in shrubbery rushed out and stabbed Robin in the back.  Robin fell forward in his horse, grasped the mane and the horse galloped away. Halfway on the journey home Robin died and his corpse fell to the ground while the rider less horse galloped on.  When the animal finally came to a halt at Birch Hall the blood stained saddle told of tragedy. Kathleen, his mother, promptly gathered the servants and set off along the road where they eventually found the dead body.

The heart broken mother had an altar erected on the spot which became known as “ Leacht Caitlin na Frinshighe” and on her altar her curse was engraved:

“ May there be neither luck nor prosperity, but always wailing and torment, and may there never be a rightful heir where the murder of Young Robert Martin was perpetrated”.

The people, who passed the spot where Robin was murdered, in later years, followed the old Irish custom of throwing a stone on the spot where murder was done. With the years a great cairn grew up in memory of Robin.

Nimble Dick promptly reported the killing to the authorities and a party was sent to arrest those concerned but they took to the wilds and could not be caught. Two years later in 1707, they were outlawed and in the Irish State records we read that sentence was passed on Bryan O fflahertie, Edmond O fflahertie, Patrick O fflahertie and John Joyce. £20 was offered for the capture or killing of any one of them and severe punishments were laid down for those who would harbor or help them. There is no record of their apprehension and it is almost certain they escaped scot-free.

Early in the 19th century Captain O fflahertie, a relation of the Lemonfield O fflaherties, was stationed with his unit at Fough Castle, Oughterard. While on a route march he was shown the altar, cairn and inscription. He was so enraged with what he saw that he ordered his soldiers to destroy the monuments. The altar was broken, the slab smashed, and the pieces thrown in a nearby bog.  The stones of the cairn were scattered around the countryside. A young girl, it is said, was an eyewitness to this destruction, which aroused horror in all, who heard it.  She mentally marked the spot in the bog where the slab fragments had been thrown. Later, when the soldiers had departed, she was able to recover a large piece, which she gave to one of the Martins. It was kept as a relic by them for a long number of years.

A wooden cross was erected on the spot where Robin died a short distance from Thomas’ home on the Fahy Road. This cross decayed over the years and was replaced by a concrete cross.  Gerard Lee, father of Robert E Lee, told me that when Roger Darcy was carrying the concrete cross to the Altar of Three Steps he was assisted by Mattie Phaidin, who remarked to the P.P., “ Roger is better than our Lord”. The P.P. was shocked and did not understand. “You see”, said Mattie by way of explanation, “ Our Lord fell three times under His cross. Roger fell only twice”. In spite of his anger the P.P. had to laugh at Mattie’s explanation. Gerard Lee thought that the cross and the altar resembled the “ Arms of Tuam” which he remembered seeing.

The cross stands today – a bold reminder of the distant past. Nimble Dick gained a principality and lost a son”.