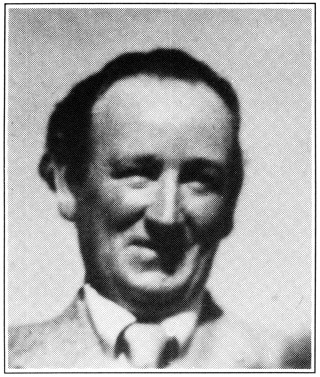 Fay Tuck was a great supporter of the Boxing Club. Up until his untimely death. Fay would go anywhere there was football or boxing and a bit of craic going on. I have heard that he was noted hand-baller in his day along with retired postman Mick Kelly, Eighterard.

I remember back about May/June 1970, he called to our house unexpectedly, for Raymond and me to accompany himself and Tommy Molly of Baurnagurtheeny, to a tournament in Westport.  We hadn’t boxed or trained for months previously and agreed to go to watch the boxing only. Anyway our trainers weren’t with us, so we had no intention of participating.

When we got to Westport, Fay brought us into a hotel and bought us steak and chips etc. for us all, washed down with a couple of pints. Fed and watered, we headed for the boxing hall, for an evening’s entertainment.  Fay was in great form, renewing acquaintances with old friends and making new ones.  Some of the older ones had a bottle of Power’s Whisky which was disappearing fast with every paunch thrown – (There was a lot of shadow– boxing outside the ring!). There were well known heavy weights there such as Mike Flaherty R.I.P. from Rosmuc/Camsu, Chick Gillen from Olympic B.C.and Martin Byrne from Galway B.C. to name but a few, and Fay was backing them into corners verbally.

With all the talk and shadow boxing going on around us Fay was fairly hyped up and dying to get one of us to box in the ring, as he said “ To keep the Oughterard flag flying”. We knew there would be no opponent for either of us, as these things are planned in advance: also we weren’t fit and we had no boxing gear such as boots, togs or singlets with us. Everything was going fine for us until Joe Donnellan, an accomplished bantan-weight (Connacht Junior Champion) from Ballinasloe, stepped into the ring only to find out that his opponent had withdrawn through illness.

As I was the nearest in weight to him, (I’d fought the Irish Juvenile Youths Championship in the 8stone 7 pound that year), the pressure was put on me to box him. I used very excuse in the book not to, but Fay was having none of it.  He organized Mike Flaherty to do the “seconds”, and provide the boxing gear.  While all of this was being organized and agreed to, Joe Donnellan had left the ring, so that other fights could go ahead. Mike Flaherty took me to the dressing room, togged me out in Rosmuc/Camus colours and told me to warm-up by using the skipping rope. While doing so the word came through that Joe Donnellan had developed an illness and would be unable to box. While it was a great relief to me, Fay and the others were very disappointed at not seeing  Oughterard blood being spilled (or otherwise).

I asked Fay not to mention it to our trainer Johnny O Connor R.I.P. as I shouldn’t have agreed to tog out, when I had no training etc. Fay often brought the subject up in conversation with us later and enjoyed a good laugh out of it.  When he died the Lee family and the Boxing Club lost a good friend.

May he rest in peace.