Chef and Writer at Frontier of Irish Cuisine 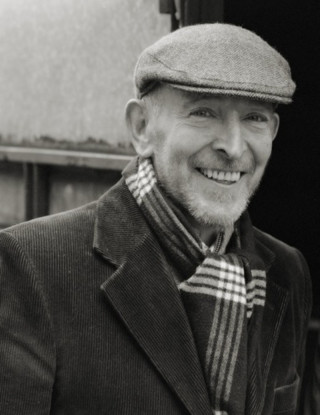 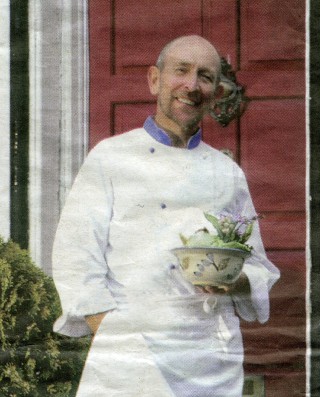 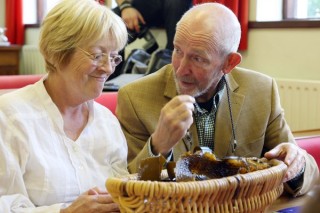 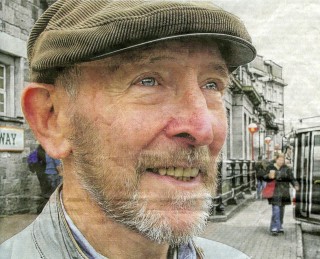 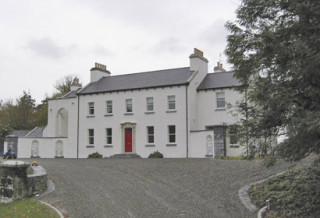 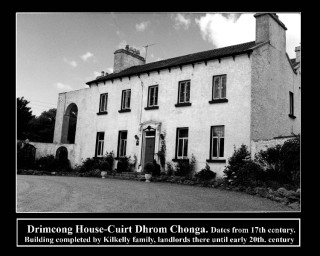 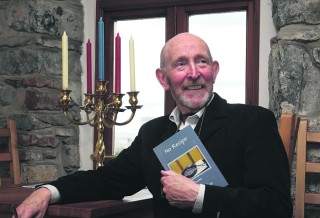 Gerry Galvin who was born on September 3rd 1942 and died on the 1st March 2013 was best know as one of the most creative chefs at the forefront of Ireland’s culinary development. He was also an influential food writer, a published poet and author of a gastronomic crime thriller.

At the frontier of Irish cuisine for more than four decades, he made an “outstanding contribution” both as a chef and an educator of chefs. This was acknowledged in a special award by Euro-Toques Ireland, part of a European community of chefs formed to protect traditional foods and culinary heritage and committed to sourcing quality ingredients locally. As a founding member of the group, he was selected to be one of its first commissioners by Myrtle Allen of Ballymaloe House.

A lover of poetry, Gerry was a poet in his own right and at one stage considered turning his hand to writing as a career. But having earned a meagre £11 from writing in the space of a trial year, he wisely decided to concentrate on the restaurant business.

He continued to write, nonetheless, and his first volume of poems, “No Recipe” was launched in 2010 by fellow poet Michael D Higgins.

Like most restaurateurs, as patron-chef of two highly successful restaurants, the Vintage in Kinsale and Drimcong House in Moycullen, he had little time for food critics. Doubtless, this explains why a fictional member of that profession is portrayed as a serial killer in his satirical thriller, “Killer á la Carte”. “I like to think people can see the book as a bit of a send-up of the nonsense and bullshit that goes on now around food,” he said.

He was born in Dromcollogher in west Limerick, where his family had a drapery shop, and educated in Newbridge College and at Shannon College of Hotel Management.  When he was 17, he cut his culinary teeth in the kitchens of Dublin’s Gresham Hotel, an establishment that counted the rich and the famous among its guests.

These included Prince Rainier and Princess Grace of Monaco and the stellar celebrity couple of their day. Elizabeth Taylor and Richard Burton, who were in Dublin filming “The Spy who came in from the Cold”.

Galvin’s daily chores, however, were far from glamorous. He learned  how to squeeze oranges for fresh orange juice from a hand squeezer.   He also learned to plate up for dinner dances, hours in advance, and prepare the “dress-dance turkey”. And grapes had to be peeled and pipped.

Later, at Shannon, he was impressed by the director, classically trained Swiss hotelier Jorgen Blum, whose sophisticated approach to hotels and catering was new to Ireland.

Graduating in 1965, he worked in the hospitality sector in England and South Africa before returning to Ireland to manage the Trident  Hotel in Kinsale. Having spent another year in London – specifically to gain restaurant experience – he and his wife Marie, sister of journalist Vincent Browne, returned to open the Vintage in Kinsale.

Over the next twelve years, Galvin was to play a significant role in putting the Cork seaside town on the culinary map.  However, the family moved to the elegant 17th century Drimcong House in Galway, which for 18years became one of the country’s   leading restaurants.

In 2001, they sold Drimcong bought a camper van and spent an idyllic year touring Europe. His cook books include “Everyday Gourmet and the Drimcong Food Affair”

He is survived by his wife Marie, daughters, Christina, and Jennie and son John.

When the late and much loved Gerry Galvin and his wife Marie opened Drimcong restaurant near Moycullen in the 1980’s Gerry came with a glowing accolade as one of Ireland’s leading chefs.

The couple had run the famous Vintage restaurant in Kinsale, and the reputation of the Kinsale restaurants and its renowned Kinsale Gourmet Festival, left mouths watering in the rest of the island. Yes, we had some good food emporiums in the west, but, to be honest, no matter how hard Galway and Clifden chefs tried to vary their menu, men usually went for a decent large steak, chips and onions, while the, more dainty sex opted for fish.

Initially Drimcong food was disappointing. The menu required several readings. But something very new, and unusual, was happening. There was much emphasis on the word organic, fresh, and traditional. What did that mean? Many Galway people loved oysters, but here oysters were offered with Clonakilty black pudding, with an onion and apple sauce. Surely some mistake?

There were potted patés and pea soups, baked fish gateau (another mistake?), a spiced roast pork with an apple and thyme sauce, roast duck with a pepper marmalade (that can’t be right), Moroccan and Italian ricotta, couscous and pasta, and then something simple like Marie’s brown bread, and a huge range of Irish cheeses. It was amazing. Suddenly a whole new world of food possibilities was being offered, and after an initial hesitation, Galway took to this wonderful opportunity with all the pleasure and fun that eating and enjoying food entails. Drimcong was a place apart. Associated with special events, either in family or business lives, where food and service was always guaranteed to be a singular and a unique celebration.

I don’t think Galway restaurants were the same since. Yes, you can still get delicious Irish steak, but Drimcong led the way to a whole new eating experience which has given Galway a succession of top quality restaurants offering innovative and beautifully presented food.

Gerry was an extraordinary creative man. He continued to receive every great honour imaginable, culminating in the Egon Ronay Chef of the Year in 1994. After he had prepared dinner and, while guests were finishing up, Gerry would appear in an immaculate white jacket and talk to everyone. You could see that was one of his favourite times.

He was born in Drumcollogher, west Limerick, and enjoyed Percy French’s song of the same name. He studied at the famous Shannon Hotel School, and with his talents under his hat, he travelled extensively. He met Marie while working in South Africa, and they decided to return to Ireland to work at Acton’s in Kinsale. It was an exciting time. With Brian Cronin and others, they brought all the local restaurants together, and set up a very successful Kinsale Gourmet Festival.

After 12 years there, and with a growing family, Christine, John and Jennie, they came to Galway, bought Drimcong, a country home where the children had space and fields to enjoy their childhood.

Then after 18years working hard, Gerry and Marie sold Drimcong and we were all envious when the two of them went off for almost a year in a camper-van exploring southern Europe.

But the food industry was not finished with Gerry even then. Just last May Euro-Toques Ireland (originally established by Myrtle Allen “to protect food quality and culinary traditions of Ireland”, gave him a special award for his ‘Outstanding Contribution to Irish Food’. Gerry loved food, but he also loved poetry, producing his own volume of poems – “No Recipe”, which was launched by Michael D Higgins, the poet and President, in Sheridan’s on the Docks.

Then another surprise. In the autumn of 2011 he launched a witty and sardonic crime thriller “ Killer a la Carte”,  about a restaurant critic ( Gerry did not have much time for restaurant critics), called James Livingstone Gall, who is also a cunning serial murderer. Were all restaurant critics murderers? I asked him. Gerry just smiled.

It was a great read and I understand another volume was underway. Sadly that is not to be.

At the Requiem Mass in the packed church in Oughterard where the service was jointly celebrated by Fr. Alan Burke and Rev. Anthony Previte, I was pleased to see among the crowd of hoteliers, chefs and friends, the face of Pat Mullen, an award winning American- Irish crime writer. Obviously Mullen saw the artist in Gerry.

Note: After selling Drimcong Gerry and Marie took up residence in Magherabeg. Gerry contributed several recipes to the Oughterard Newsletter and was always willing to offer his expert advice on matters relating to its publication. Brian Cronin, Gerry’s friend in Kinsale was manager at Irish Trust House Hotel, (now the Connemara Gateway Hotel) in Oughterard in the 80’s before he left for Kinsale. We thank Gerry for his kindness and goodness to everyone he encountered during his productive life. May the Lord reward him for his goodness.