You are here: Home>Topics>The Land Project 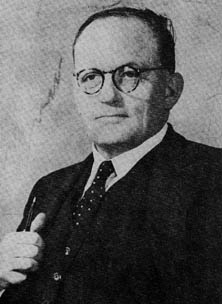 The Land Project was a government scheme introduced in 1949 by the new coalition government whereby farmers were given substantial grants for the first time to improve their farms. This was something really new in Ireland and it involved clearing and improving thousands of acres of land which were in a terrible state. The great Ice Age, millions of earlier had resulted in thousands of acres of valuable land been rendered unworkable as it lay under a blanket of huge boulders, rocks and all sizes of stones and bushes of every description for centuries. Therefore this new scheme was a godsend to those thousands of farmers who had been handicapped by a lack of resources until then. The new Minister for Agriculture was James Dillon and he was very anxious to get this Bill through the Dáil as soon as possible. He stated that it was his intention to rid Connemara of all those huge boulders by pushing them into the sea. His motto was, “one horse, one cow, and one acre under the plough”. He was really dedicated to this effort.

Around 1951 things began to buzz in Killannin – machinery began to arrive in the area. Workers were recruited  and as there were no other jobs available in the area soon there was a big workforce in place so the clearing could begin. The granger in charge was Martin McEvilly a man with plenty of experience in farming and farm affairs. A huge bulldozer arrived, driven by Dick Finnerty, a Mayo man and his assistant Pat Fallard. They handled all the heavy machinery. The bulldozer was followed by numerous tractors and compressors. What an array of machinery which had never before been seen in Killannin. Soon the air was filled with sounds never heard there before. The rattle of the compressors could be heard for miles as the huge rocks were bored to make way for explosives which would eventually blow them to smithereens. Soon the blasting started and it was deafening as rock after rock was turned into smaller stones and dust. This went on day after day for about six months when, at that time, one particular area was finished. As the rocks were broken up the fragments of stone were collected in trailers and wall building began. Each field was now secure with these new walls and gates were hung as desired. It was a magnificent sight. It was unbelievable to think that in a few short months this area was completely transformed from being a worthless area to a now valuable area of ground capable of producing crops or grazing lands. What a transformation!

All around the country the story was the same. A real success story! More and more farmers availed of the substantial grants available to improve their farms. The results can still be seen, especially here in the West of Ireland where most of the work took place, it having been an area of fragmented farms – it became the showpiece of the entire scheme. It was one of the most beneficial government schemes ever introduced but sadly with a change of government two years later the scheme was axed!

I myself just “missed the bus” so to speak as I had great plans for clearing my own farm at the time. Sadly when I was ready to begin work, to rid 25 acres of land of rocks and bushes I was told the plan was axed which leaves me still gazing out at my prehistoric landscape!