You are here: Home>Topics>Important Oughterard Connections 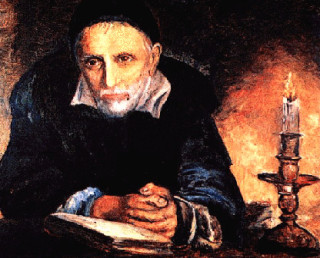 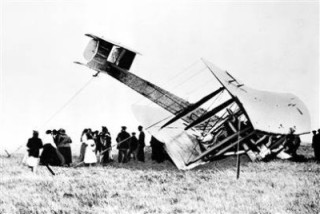 This year 1994 sees the celebration of two national events with local connections.

The Society of St. Vincent de Paul was first founded in Paris in 1883 and its Irish counterpart in 1844 so this year witnesses the 150th anniversary.  Gerry Martin of Castleknock near Dublin is the International Vice President of the organization and contacted me two years ago regarding the background of Dr. Thomas Willis Senior, a founder member of the Irish society and in the course of our research Oughterard figured prominently.

Dr Willis was born around 1790 and died at the age of 91 in 1881, and his first-born sons, Thomas Junior and Robert followed him as apothecaries and surgeons, and operated in this area. Robert lived at Gurtreva which is now the Golf Club and is mentioned frequently in Sir Wilde’s book  “Lough Corrib”. Both sons married O Fflahertie girls, Kate and Mary Anne, the daughters of Edmund OFflahertie by his second marriage to Ann Cottingham of Ardnasillagh, but his line is separate to the Lemonfield branch so fascinatingly reported last December by Kathleen Jack Maloney.

Dr Robert Willis was the grandfather of Miss Lilly Willis who died in 1984 at the age of 86, after which ended the Willis connection with Gurthreva.  The last of Dr Thomas Willis’ line that I can trace were three daughters of Charles Hynes, the eldest of whom Moya died two years ago in England. She would have been a great grandchild of the founder member of the Society of St Vincent de Paul.

Research of this kind often turns up extraordinary coincidences, and in Newry Library we turned up a book written by George Bassett in 1998, “County Down a 100years ago”, with an advert for Willis’ Superior Bread with an analytical report from the Royal College of Surgeons of Ireland for the baker, Thomas Willis.  On the opposite page was the following quote, ”King John…. sent Hugh and Walter de Lacy to subdue De Courcy in 1200”. Now, living in Billamore and making superb candles is Walter de Lacy. His late uncle who played rugby for Harlequins in London where he worked and was capped at scrum half for Ireland in 1947/48 was Hugh de Lacy. I wonder…..?

The second national event takes place on June 15th when we record the 75th anniversary of the first trans Atlantic crossing by air. In 1919 a Vickers Vimy biplane took off from St. John’s in Newfoundland and landed beside the Marconi station at Ballyconneely in soft bog with its nose in the ground and its tail high in the air. The manager of the station at the time, a young English man named Frank Lyall, ran from his office and was the first man to speak to Captain John Alcock and Lieutenant Arthur Brown.

“ What the divil do you eejits think you’re doing landing in the Irish bog?” – (he had learned the local way of talking).  At this Alcock looked at Brown relief spreading over his face and said, “ Thank God, we thought we’d landed in Brittany”. It should be remembered that they had set out the previous day and the crossing had taken 16hours and 27 minutes. They had flown all the way above cloud with only a compass and a map, and by the help of sun and stars.

Frank married the local schoolmistress at Clifden whose Christian name was Gertrude but whose surname before marriage I never discovered, and later returned to London to work.  Always a keen rugby football supporter he became secretary of Rosslyn Park and I came to know him well when playing for that club.  One day his daughter Pat invited me to meet a couple of Irish girl friends and that is how I came to meet the lady who became my wife, the daughter of Galway’s County Engineer, George Lee. She was working in London at the time for Lancôme.

In a roundabout sort of way I suppose that would count as a local connection with the forthcoming events on June 15th?…

Note: This article was taken from the Oughterard Newsletter Summer 1994. The author doesn’t tell us  Frank’s surname. Perhaps someone can fill this blank.

If any reader has old photos of the Willis Family, we in the Oughtared Culture and Heritage Group would be grateful if you would let us have a copy of them for our archives please.