You are here: Home>Places>Developing Lough Corrib And Oughterard. 1967 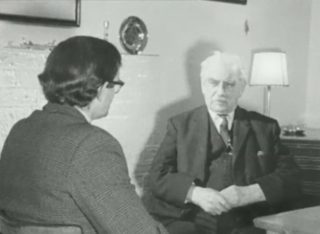 How should the quiet Galway village of Oughterard in the west of Ireland be developed for tourism and the local population?

Bruce Arnold visits Oughterard and talks to local people about tourism and the effects of building development on the shoreline of Lough CorribHere on the banks of Lough Corrib in the quiet west of Ireland there rages a controversy which is becoming one of the most vocal in every corner of the country. It is described by one word ‘development’.

The question on the lips of every inhabitant of this small but potentially wealthy village is should the area be preserved or developed.

Land in the area is in demand

Dermot Joyce, one of the principal businessmen and land developer in Oughterard highlights the amenities offered in the area which include fishing, shooting, peace and quiet. Land in the area is in demand, largely from investors from England, with prices for property fetching as much as £2,000 and as much as £12,000 for a house.  Mr Joyce believes there is a need to provide what investors are looking for,

I think we should develop the area as much as possible.

Mr Tom Coyne, who has worked on the land of Admiral Sir Robert Pankridge for the last three years. Prior to this he was a fisherman and brought tourists fishing on Lough Corrib. Mr Coyne describes the changes that have taken place in the area, changes for the better. He believes that the building of bungalows on the shore of Lough Corrib will ruin the scenery.

At Oughterard House, the main hotel in the region, Bruce Arnold meets the owner and the oldest inhabitant of the village, 92-year-old Mr Edward Sweeney. Mr Sweeney, one of the founding members of the Irish Tourist Board, describes the changes that have taken place in Oughterard during his lifetime.