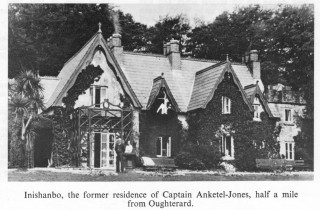 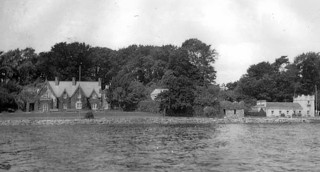 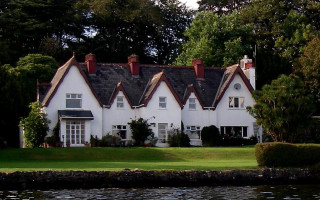 Inishshanboe- ‘Inis Sean Bhó’ The island of the old cow

Rev. John Darcy Lived there in 1855 and the Landlord was George O’Flahertie

The Island, as part of the O’Flaherty estate, was for sale in 1864 through the Landed Estates Court.

The Landed Estates Court allowed creditors of bankrupt estates to have the estate sold so as to receive payment.

‘Lot No. 11, being lot No. 12 in former rental. The islands of Inishanbo and other islands attached situate in the same Barony and County, containing 39 acres 3 roods and 8 reaches statute measure and producing a net yearly debt of £12. 9s.8d. Dated this 28th day of April 1864’

Thady Lydon is also recorded as living on the island with his wife Susan and sons Patrick and Joseph, along with his daughter Mary Anne