You are here: Home>Places>Ross Castle

The words of Violet Martin 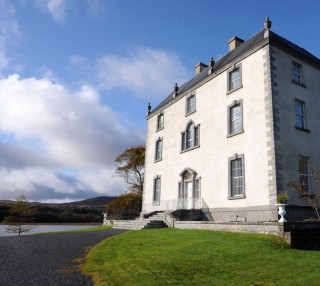 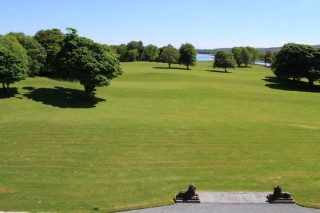 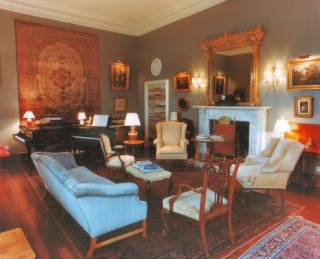 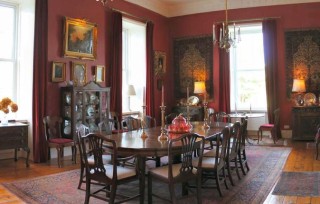 Excerpt from ‘Irish Memories: The Martins of Ross’ by Violet Florence Martin, 1917:

“Ross, the first outpost, nurse of many generations of Martins, still stands by its lake and looks across it to its old neighbour, the brown mountain, Croagh Keenan…

It was during the life of Nicholas, my great-grand-father, that Ross House was burned down; with much loss, it is believed, of plate and pictures; it had a tower, and stood beautifully on a point in the lake. He replaced it by the present house, built about the year 1777, whose architecture is not aesthetically to his credit; it is a tall, unlovely block, of great solidity, with kitchen premises half underground, and the whole surrounded by a wide and deep area. It suggests the idea of defence, which was probably not absent from the builder’s mind, yet the Rebellion of twenty years later did not put it to the test. In the great storm of 1839, still known as ” The Big Wind,” my grandfather gathered the whole household into the kitchen for safety, and, looking up at its heavily-vaulted ceiling, said that if Ross fell, not a house in Ireland would stand that night. Many fell, but Ross House stood the assault, even though the lawn was white with the spray borne in from the Atlantic, six miles away. It has at least two fine rooms, a lofty well-staircase, with balusters of mahogany, taken out of a wreck, and it takes all day the sun into its heart, looking west and south, with tall windows, over lake and mountain. It is said that a man is never in love till he is in love with a plain woman, and in spite of draughts, of exhausting flights of stairs, of chimneys that are the despair of sweeps, it has held the affection of five generations of Martins.

A dark limestone slab, over the dining-room chimney-piece, bears the coat of arms – ‘a Calvary Cross, between the Sun in splendour on the dexter limb, and the Moon in crescent on the sinister of the second’ – to quote the official description. The crest is a six-pointed star, and the motto, ‘Sic itur ad astra’, connects with the single-minded simplicity of the Crusader, the Cross of our faith with the Star of our hope. In the book of pedigrees at Dublin Castle it is stated that the arms were given by Richard Coeur de Lion to Oliver Martin, in the Holy Land; a further family tradition says that Oliver Martin shared Richard’s captivity in Austria. The stone on which the arms are carved came originally from an old house in Galway; it has the name of Robuck Martin below, and the date 1649 above. It is one of several now lying at Ross, resembling the lintels of doorways, and engraved with the arms of various Martins and their wives.”