You are here: Home>Places>Lemonfield House 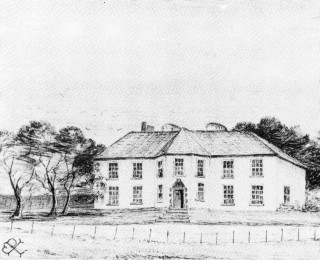 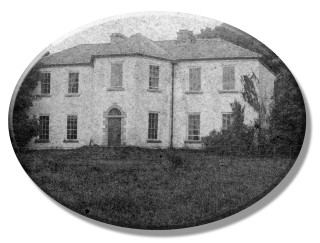 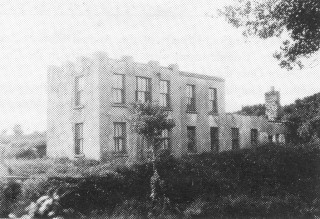 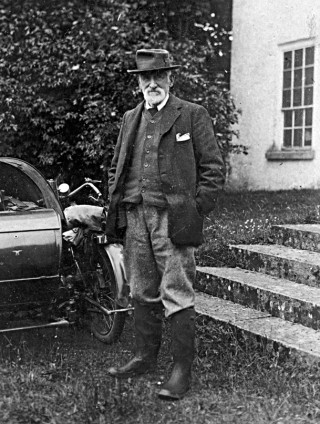 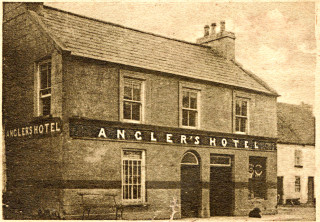 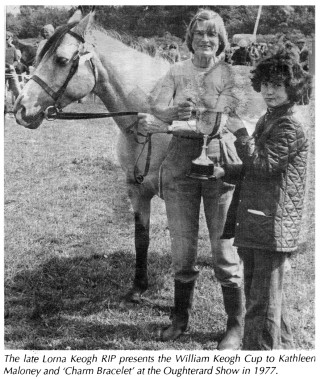 Lemonfield was a lovely old Georgian house, quite unmodernized and by present standards, primitive. There was no bathroom or piped water supply, lighting was by oil lamp and candles, and heating by open fires. The kitchen was at the end of a long flagstoned passage in the back of the house and all the cooking was done on a wide open hearth with no fuel but turf. The front door opened onto the large front hall, with doors either side to the dining room and the drawing room. In the back hall another door led to the kitchen passage and the staff quarters; and a graceful staricase curved up to the bedroom floor above.

There was an extensive loft running the width of the house. When I once had occasion to climb up into it, there were hundreds of bats hanging, head down, from the rafters. Barn owls nested regularly in one of the disused chimneys, and whenever the parent birds came with prey, the young ones set up a loud snoring sound. This continued at short intervals all through the night. Rats unfortunately, were another very plentiful form of wild life, and the owls must have done a tremendous amount of good.

Of the seven bedrooms, the principle one known as The Round Room, was of great interest, It was not round, but a perfect oval in shape, with three long windows looking over the front steps. At the back of the house was the largest bedroom, known as The Barracks.

I have been told that this was not an unusual feature in old country houses. In the days of horse transport and very bad roads, it was often impossible for guests coming from a distance to evening parties, to return home the same night. In such cases, all the bachelors were accommodated in The Barracks. My great- grandfather had ten daughters, and in his day The Barracks became a female dormitory.

My grand-uncle Jack O’fflahertie was the last resident owner of Lemonfield. He was unmarried. His sister Dora married a scotsman, David M. Jack of the Indian Medical Service, and joined him out in India, where he eventually died of Cholera. They had two sons, my father Hugh and my uncle Willie, whose son David is the present owner of The Lodge at Glengowla.

In his lifetime he made over the fishing rights of the Waterfall, including the small amount of land on both banks, to my father. When I first visited the Waterfall in 1929, the tower was uninhabited but the house was occupied by an old couple, Mike Farrel and his wife. The house stood empty for some time after the Farrels vacated it; then as it was obviously in a dangerous state, my father had it pulled down. Advancing age, and the start of the 1939 war made it unlikely that my father would be able to visit Oughterard again, and he eventually sold the property to Major Patridge.

There has been some confusion over the christian name and the surname “Jack”. We always addressed my grand-uncle as “Mr. John”, which my father picked up from old tenants in his boyhood, so I will continue to refer to him in this way.

My father went to sea at the age of sixteen and so spent most of his life afloat, but returned to Oughterard at every opportunity. In 1929 he brought me over on a fishing holiday. We stayed at The Anglers Hotel, then run by Pat Naughton and his sisters, since Mr. John could not be expected to accommodate visitors.. We were out on the lake all day, and each evening we walked down to Lemonfield.

He never threw away a newspaper

Mr. John was, at this time, about eighty years of age, and occupied just two rooms. The old dining room and the bedroom above it, approached by the back stairs. The rest of the house had been unused for years. He never threw away a newspaper and one wall of the dining room was stacked with them from floor to ceiling, dating back to the 1880s. to pass the evenings when on his own, he would pull out a paper at random, read it, then replace it. On arrival he would hand me a paper bag containing arrowroot biscuits and a Fry’s chocolate cream bar with which to occupy myself,  while he chatted with my father. After a long day in the fresh air on The Corrib, I usually fell asleep.

Mr. John died in 1931 and the property was inherited by his brother George. Uncle George was also old and in poor health, with an ivalid wife and no family. There was no question of his being able to move to Lemonfield. After Mr. John’s funeral the house was temporarily closed. My father was at sea when the accumulations of over half a century were cleared. All the newspapers were burnt and with them, many old papers and documents, which if they had been properly looked after, might have proved to be of great interest.

After a few months, Mr. John’s unmarried sister, Grace, moved in. I joined her and stayed until her death and remained for a couple of years afterwards, as my father, who had originally planned to build at the waterfall, now had the idea of acquiring Lemonfield as a retirement home. This sceme fell through however, and in 1936 The Land Commission took over the whole place, and the contents of the house were auctioned.

One small item, however still remains on view. Fr McCullagh Later Canon and P.P. of Oughterard was at the time senior curate under Archdeacon Conroy, At the sale he bought a small side table because it’s Connemara Marble top matched the alter in the Parish Church. It stood in the Church serving as a Cruct table – a worthy end.