You are here: Home>Places>Clareville House C.1934 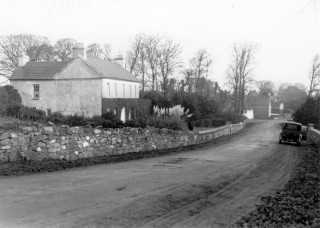 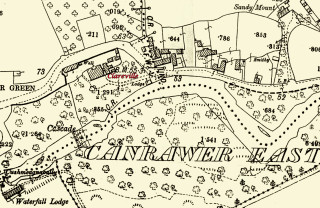 This was the home of Humanity Dick Martin (1754-1834) founder of “The Society for Prevention of Cruelty to Animals.” He used to boast that he had an avenue 30 miles long stretching from Oughterard to his other residence at Ballynahinch Castle Connemara. George Bernard Shaw’s grandmother, Margaret Gurly lived for a time in the house.

G. B. Shaw communicating to Johnny Holleran, a tailor and local historian wrote, “Walter Bagnal Gurly of Oughterard was my maternal grand father. He married twice and had a son Walter John and a daughter (my mother) by his first marriage, and six daughters and one son by his second. The son and two of his daughters died young and of the four survivors, one never married. All of his children are now dead but there are grandchildren living in England and the USA… I am much more a Shaw than a Gurly”.

Dr Kirwan, a later occupant of the house, had a hydro-electric system above the waterfall. It supplied electricity to Clareville house, to McDonaghs, and to three other neighbouring houses. In 1932 the New Connemara Roadwas built through the front garden, dividing it in two – as you now see it.

In the front garden during May and June, a spectacular, Red Chilean Fire Bush (Embothrium coccineum) produces scarlet flowers that crowd the slender branches producing an effect like burning torches.