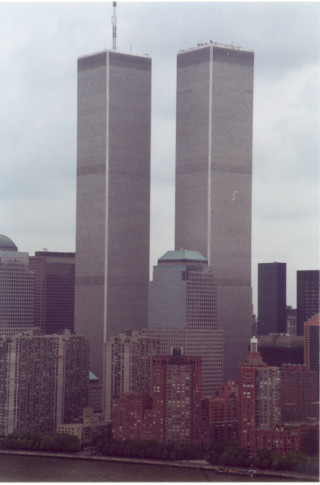 We stood together as a community in the autumnal sunshine under a hawthorn tree, at a place known locally as ‘ Cnocan na bPaiste”, surrounded by heather, ferns, wild grasses and the wide expanse of Keogh’s bog to celebrate Mass in remembrance of all still-born babies laid to rest in this remote place.  One couldn’t help but remember the anguish of parents who came here to bury their children in those far off days when the church wouldn’t allow them to be buried in consecrated ground.  Thankfully the church in its wisdom has come now to realize that these children were saints destined from the beginning for eternal happiness in the bosom of the Lord.

While I watched Fr Heneghan offer Mass for the local community who suffered the loss of its children I couldn’t help but remember our ancestors who had attended Mass in remote areas in this country in Penal Times. What sacrifices and risks our people took to attend mass!  The Mass was always recognised by our ancestors as the central part of our lives. They derived hope, courage, consolation and inner peace from the Mass and we too have not lost that draw to the Mass in times of insecurity, terror, outrage and the sheer vulnerability of our survival.

The people of the Parish turned out in great numbers at the memorial service to remember those who suffered loss of life and family by “ These awful acts of hatred” as our President Mary Mc Aleese called them, perpetrated against the American people on Tuesday September 11th at the World Trade Center, New York. The day of destruction will be forever etched in everyone’s mind. This was the day that society was wrenched out of its joint. We were all silenced.

The United States and its people deserve the heartfelt sympathy of every citizen of this and every country in the world right now. After standing under the blue sky with a fresh northerly wind from the Maam Turks blowing in our faces I am very uneasy as I fear the United State’s administration will seek some form of revenge by rapid military retaliation against those groups or states that they suspect are involved.  The danger is that many more innocent civilians will lose their lives.

Enough tears have been shed this week without bringing more sadness into this world with further bloodshed. Any response to the atrocities committed against the United States must focus on justice, not revenge. We have to avoid further unnecessary bloodshed. The tears of all men and women whether you are American, Afghan, Catholic, Protestant, Muslim or a parent of a still born child are all the same. We human beings share this planet, just for our lifetime. So let us all strive in our own small way to promote peace on earth and good will to all men.

“Victory always belongs to the person who forgives because forgiveness is the seed of resurrection”.

I wrote this article in the Oughterard Newsletter in October 2001.During the intervening ten years my worst fears were sadly realised as we have witnessed the invasion of Iraq and Afghanistan with a huge loss of life on all sides.

On May 1st we heard of the death of Osama Bin Laden (who was accused as the mastermind behind the attack on the World Trade Center) who was shot twice in the head by American troops in a compound in Pakistan. There has been an outpouring of celebration and triumphalism in America. I am once again very uneasy as I think Bin Laden will be a martyr to his people and this display of victory will provoke further terrorism. The only way to fight the war on terrorism is through education. Educating the great moderate mass of peace loving people in the heart of the Muslim world is the only way towards peace and justice.