You are here: Home>Topics>Porter's View of Oughterard, 1900'S 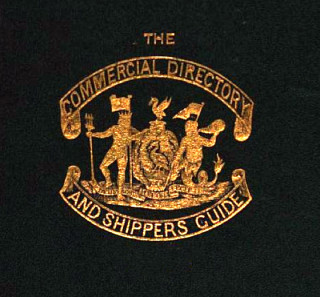 “It is a well built market town pleasantly situated in the centre of the most beautiful district of Connemara, about half way between the sea and Lough Corrib. The scenery in the neighbourhood is the most surpassing  beauty. The chief industry is agriculture. There is excellent lake and river fishing and recently a new company has been formed to develop the lead and copper mines, giving employment already upwards of 200men. It is under the capable control of B. Bacon, Esq.

The hotels in the town are very comfortable and quite up-to date, and charges are exceedingly moderate. Anyone desirous of exploring Connemara should make Oughterard its centre. Population 815. It is 18 miles from Galway on the Midland Great Western Railway. Market Day Thursday.”

Between 1780 and 1820 there were several mines in operation in the Oughterard region. The most famous was the lead mine in the MaamValley. Another mine was near the Hill of Doon. The principal minerals mined were lead, copper, silver zinc and sulphur.  Some of these mining operations were quite small and were located near the lake shore.  Many of the mines are shown as ‘disused’ on the first edition of the Ordinance Survey maps (6inch scale) of the area published between 1939 and 1841.

Porter lists several of the businesses in the town as follows:

The P. Monaghan listed above also published several post cards of Oughterard and the surrounding area.

References: “Porter’s Guide to the Manufacturers and Shippers of Ireland”, Belfast undated (but published c. 1910)