You are here: Home>Topics>Woodcock Shoots in Killannin 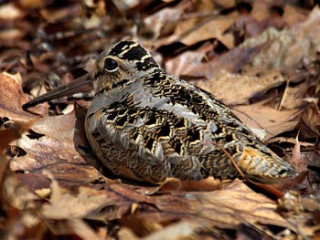 I’ll never forget the one-day woodcock shoots in Killannin in the late forties and right through the fifties. They were organised by Jeffrey Palmer a prominent businessman and owner of the once famous Palmer’s Flour Mills inGalway city. He was really dedicated to these shoots, so much so that he made them annual events. There were held in winter,usually in November or early December. Thegamekeepers were Pat Owen and Peter Johnny and they had the responsibility of keeping the area free of poachers during the off season. They also had to ensure that an ample supply of birds were available at all times.

The role of the “beaters”

The beaters who took centre stage wererecruited locally. Most of them, including   myself were just teenagers who were doing the job just for the money. They had the mostdifficult part of the event by far. They had to trudge through the undergrowth against all kinds of obstacles – briers, blackthorn bushes, whitethorn, holly bushes and of course the ground itself. This was usually soggy, covered by water, with many deep holes concealed by rotted grass, known as sedge. As one stood on these areas, down they went which meant that all wellingtons were filled with water. This  often happened very early on in the shoot, which meant that the wearer had to walk in that wet boot all day. Each beater carried a heavy stick, to beat the bushes and as a help for walking on this very uneven ground. Each beater had a rallying call. It was – “Hi Cock Shee e e” repeated many times. “Hi cock to the right, hi cock to the left, hi cock to ahead”, these orders were shouted to the gun men who walked on nice, dry ground as they opened fire at the sight of a bird. There would be around twenty beaters and about ten guns. The idea was for the beaters to make as much noise as possible, to frighten the birds and force them to rise from their comfortable abode. After avolley of shots there was  normally a huge cheer from the beaters – delighted that their work was paying off. As each area was completed we would move to fresh ground and continue until all the   desired areas were covered. By this time it would be nearly dark as the days are short at this time of year.

But in the case of the beaters the fallingdarkness was our reprieve from furtherslogging. We certainly had our fill of this    terrible treatment. To look at us we were a sad sight. Our trousers were in tatters, our jackets were in tatters, our overcoats were in tatters, and our wellingtons were full of water. Our caps too came in for some terrible pulling and dragging as we strove to keep our heads on. Every part of our bodies ached with bruises, cuts and thousands of pricks of all kinds of thorns. Unbelievable! People often remarked about our condition, after doing one of these shoots. Most agreed it was madness, but at that time money was very scarce, we had no jobs, so the lure of money was there and it was hard to resist, especially ten shilling notes.

Entertainment on the shoot

It wasn’t all so gloomy; there were some very interesting people there too. Many were great tellers of jokes and so full of wit and humour, especially Pat Owen who was never stuck for a funny story. So all of these wonderful people helped to keep our spirits up and even brought a bit of entertainment into our otherwise drab and painful experience.

After completing each shoot, nearly everybody swore that never again would they take part in a shoot. No – never again! But come next year the temptation was there again. The lure of the money was as strong as ever. And you could hear the words, “ah hell despite the suffering involved – that ten shilling note is a bonus”.