You are here: Home>Topics>The Hawthorn - A Sacred Tree

The Hawthorn - A Sacred Tree 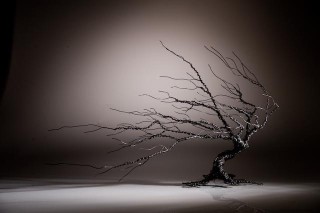 The Hawthorn is associated with Spring celebrations. There are over 1,000 species worldwide, some of which can age to over 400 years. The tree is widespread in Ireland and is associated with fairies. Farners will clear a field of stones and scrub, leaving a hawthorn tree undisturbed. Ancient hawthorns often shelter sacred places like our notorious children’s burial grounds, locate din clandestine sites all over the country.

The tree has medicinal compounds, among them a cure for blood pressure. There is also a wonderful liqueur brandy made from its berries. Hard to find the recipe though. Christ’s Crown of Thorns is believed to have been the hawthorn. Tradition in Ireland has it that the tree banishes evil spirits. But as luck would have it, there is not one hawthorn tree to be found on Kildare Street in Dublin, between Bram Stoker’s house and the Dáil!