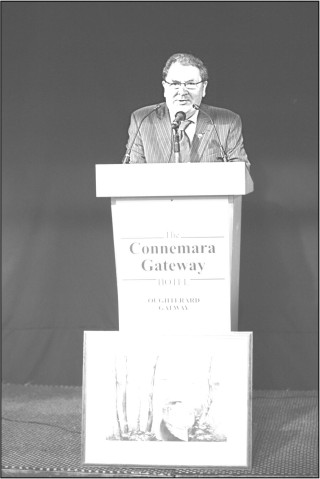 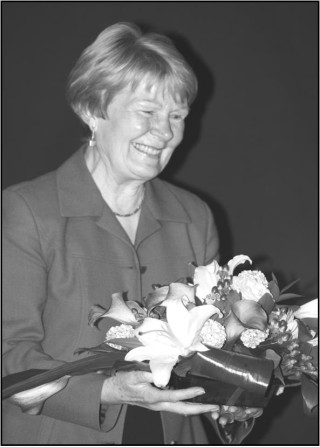 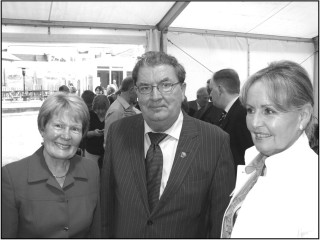 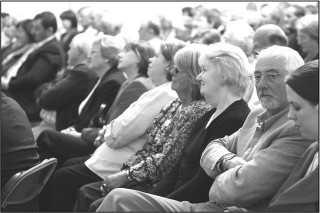 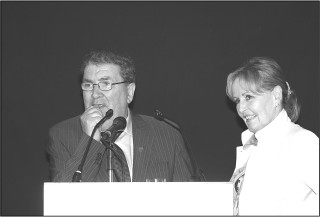 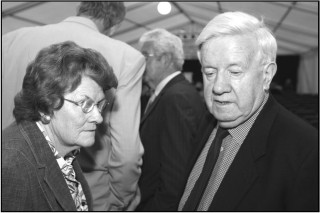 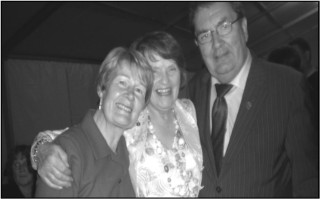 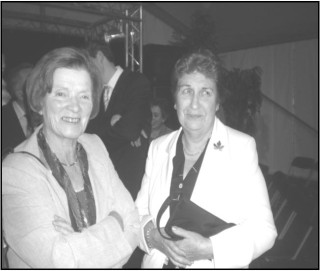 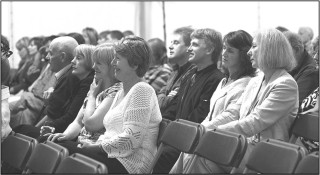 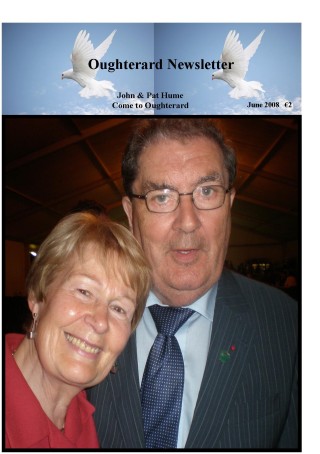 On May 24th last Oughterard had the opportunity to hear one of this island’s most distinguished citizens.  John Hume — Nobel laureate, former MP, former MEP, one of the principal architects of the Northern Ireland Peace Process, and the only winner of all three major worldwide peace awards — was in our village to inaugurate a memorial lecture series honouring the late Jim McQuinn of Camp Street, who died unexpectedly last December.

Mr. Hume began by recalling standing on the bridge at Strasbourg between France and Germany in the early 1970’s and marvelling that these two countries that had been killing each other just 25 years earlier were now at peace and working together.  “Europe,” he said, “was one of the best examples of conflict resolution in the world.”

During his work for peace in the North, he stuck to three principles:

2. Any institutions of government must be constructed so as to respect differences.

3. Once the institutions are formed you must work together to break down barriers further.

“Look at the Good Friday Agreement,” he said, “and there you will find these three principles at work.”

Mr. Hume was warmly received with standing ovations, both before and after his speech. Clearly, even though he has now retired from public life, he has the respect, admiration, and love of people all over this Island.

Mr. Hume was presented with an original painting of the Owenriff River by local artist Cheryl Kingsley Potter. He and his wife, Pat, promised they would return to Oughterard.

Cllr. Sean Kyne closed the meeting with a bit of John Hume history, comparing him with men such as Parnell and O’Connell in our history. His remarks were well received.

Although these lectures are intended to be general and non-political, it must be noted that they originated with and are sponsored by the local branch of Fine Gael, of which Jim McQuinn was a long-time member. His friends both within  and  outside the party wanted to honour him by doing something useful and good for the community. It was announced at the meeting that all proceeds of the evening would be given on behalf of Jim McQuinn’s widow, Helen, to the Cystic Fibrosis Foundation.

Michelle and Dennis Doherty , along with John Nolan, of the Connemara Gateway Hotel deserve much applause for providing the venue for the event. Their marquee was a fine location in any kind of weather and we were all doubly fortunate on the night to have warmth and sun.

Finally, cheers to Kay Watson for her chairing of the event with warmth and dignity.  I happen to know first hand of the hard work of her committee in making this event the success that it was.