You are here: Home>Topics>Clann Community Resource Centre>Out of the Blue - A Little Book of Inspiration

Out of the Blue - A Little Book of Inspiration 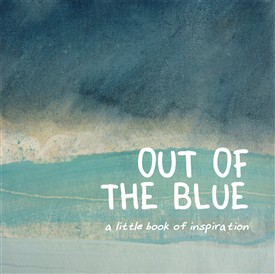 I remember in early summers, my Father would cut the turf with a slane and we’d help to spread and then foot it, and we’d later build it into stacks on the bog. The milk and butter would be placed in the water to keep them cool; I loved our tea – breaks. The bog can be a hungry place you know. We’d later bring the turf home in baskets on the donkeys back. There’d be three or four of us travelling up and down in convoy on the donkeys for about a week.

We also had to help at hay time, turning and tossing the hay for day’s before it was saved. I looked forward to my mother’s cooking – and I’ve never tasted nicer tea and homemade brown bread and butter than I did in the hayfield.

How simple and easygoing life was back then. We’d play for hours as a family, or with the neighbouring children and we had plenty of scope to do so – up to St. Patricks rock, Cloosh Hill (Cuchan) as we called it, Seanaree, Bunnigappaun and surrounding areas.