You are here: Home>Places>Archaeology>Bronze Age>Log boat dating back 4,500 years found in Lough Corrib 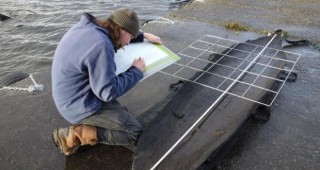 One of the U.A.U. team recording the 'Rinnaknock boat'
Capt. Trevor Northage 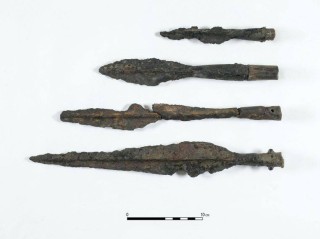 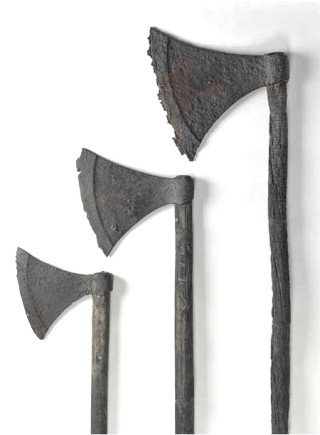 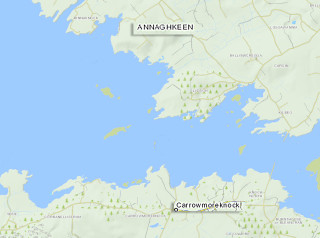 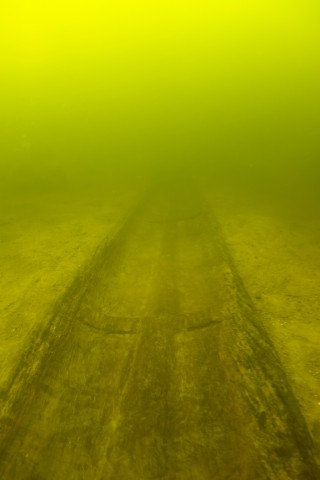 A 4,500-year-old log boat is among 12 early Bronze Age, Iron Age and medieval craft that have been located in Lough Corrib, along with several Viking-style battle axes and other weapons.

The vessels were discovered by marine surveyor Capt. Trevor Northage while mapping the western lake to update British admiralty charts.

Investigative dives were subsequently carried out last summer by the underwater archaeology unit (UAU) of the National Monuments Service, and radiocarbon dating of samples was then conducted.

Minister for Arts, Heritage and the Gaeltacht Jimmy Deenihan, who was informed of the finds recently, has described them as “exceptional”.

The three Viking-style battle axes recovered from one of the vessels will be a centrepiece in the National Museum’s Battle of Clontarf commemorative exhibition, which is due to open later this month.

The oldest of the vessels located, the 4,500-year-old Annaghkeen log boat, had already been lying on the bed of Lough Corrib for 3,500 years when the Vikings arrived, Capt Northage has pointed out.

The 12m vessel is almost identical to the Lurgan log boat found in 1902; and the Carrowneden boat found near Ballyhaunis, Co Mayo, in 1996.

“The Annaghkeen boat was made from a very big tree, and it took a lot of skill and effort to make it,” said UAU archaeologist Karl Brady.

“The fact that all three boats were located within 30 miles of each other would suggest that they were made by the one builder, or that there was a vogue for early Bronze Age boats of this type,” he said.

Another vessel dating from the 11th or 12th century and found near Carrowmoreknock on the Corrib, may have been on a raid when it sank, he added.It is likely the warriors on board were Irish and had adapted for their use the Viking weapons found on board.

Capt Northage noted the Annaghkeen vessel was the same age as that estimated for the oak trackway recently revealed by storms along the north Galway shoreline.

“These people were living in a very different landscape and working at the forefront of technology back then,” he said.

All of the weapons have been recovered for conservation by the National Museum, including bronze spearheads and a very rare wooden spear.

There are no immediate plans to raise the vessels, due to the high cost involved. “The lake water obviously has very good preservation qualities,” Mr Brady said.

Mr Deenihan has warned that all are protected under the National Monuments Act, and a licence is required from his department to dive at any of the sites.