You are here: Home>Events>Past Events>Oughterard Survivors: One hundred soldiers from the chief pass into lawless Connemara 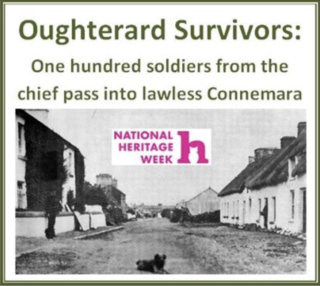 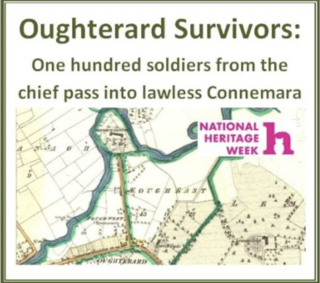 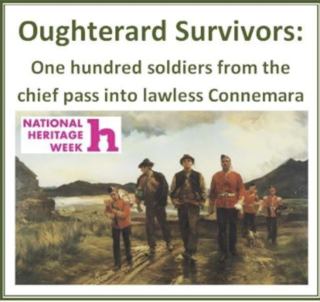 A seldom discussed aspect of Irish history is the considerable number of Irishmen who served in the British army. As the middle of the nineteenth century approached, more than two in five of the British Army worldwide were Irish-born yet today this is little acknowledgement of this fact.

Men from Oughterard and the surrounding district had begun to enlist in the British army in the latter part of the eighteenth century, however it was as the nineteenth century progressed that the numbers serving really took off. Their service took the men across the globe policing, and fighting for, an ever-expanding empire.

Enlistment remained strong in Ireland over a century of famine and land agitation and all the men listed herein were from Oughterard parish or the immediate environs, and represent just a fraction of those who served – being compiled from the discharge papers of those who survived in the century to 1901.

The one hundred men discussed herein represent different eras in military life and different standards in terms of their performance and endeavour. Their motivation for enlisting can only be speculated upon, unquestioned however in the contribution to world history.

The men often enlisted when a particular regiment was based in the county / region. The majority of men, some four-fifths, served in various infantry regiments of foot (simply numbered in the tables). including the 88th regiment of foot / the Connaught Rangers which was the largest single home for the men.

By the late nineteenth century, the British Empire was at its peak. It encompassed a fifth of the world’s land area and some four hundred million people. Over recent years, an acknowledgement of the role of Irishmen in that empire and in all aspects of its military history has been possible. This booklet is part of that reappraisal.

This booklet Oughterard Survivors: One hundred soldiers from the chief pass into lawless Connemara was written by historian Steve Dolan.

All proceeds from the sale of this booklet are being donated to Galway Hospice.

This is a limited number of booklets for sale so if you would like a copy please email oughterardheritage@gmail.com to book your copy ASAP

Cost €5 per booklet and €1 postage within Ireland, €1.70 overseas. Payment can be made via PayPal