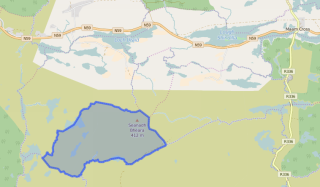 Shannavara is in the Electoral Division of Turlough, in Civil Parish of Kilcummin, in the Barony of Moycullen, in the County of Galway

Situation: In the N. Western extremity of the parish.

Shannavara borders the following other townlands:

Immediate Lessor: “in fee”, meaning that the occupier is also the legal owner of the property.

A townland is one of the smallest land divisions in Ireland. They range in size from a few acres to thousands of acres. Many are Gaelic in origin, but some came into existence after the Norman invasion of 1169. Shannavara is a townland.

Church records of births, deaths and marriages are available online at http://www.rootsireland.ie.  To search these records, you will need to know the ‘church parish’ rather than the ‘civil parish’. (The civil parish is the pre-reformation parish and was frequently used as a unit of administration in the past.)

Shannavara is in the civil parish of Kilcummin.