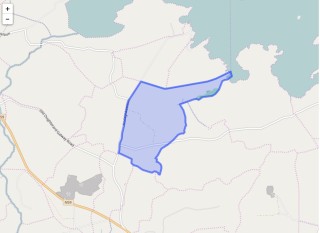 Barony of Moycullen. Parish of Kilcummin

N.E. of the parish. Bounded on the N. by Birchhall and Knockbaan, on the E. by Oakfield, on the south by Gurtnagivagh and Fahy, and on the W. by Porridgetown W.

Alphabetical Index to the Townlands and Towns of Ireland Census 1851

Robert Martin was a member of the Martin of Ross Family as stated in the Landed Estates Database.

Ireland was first mapped in the 1840s. These original maps are available online.
Porridgetown East
Below is a link to the Ordnance Survey of Ireland website. It displays the original OS map that was created in the 1840s.
Porridgetown East
The down survey website will tell you who owned this townland in 1641 (pre Cromwell) and in 1671 (post Cromwell).
Down Survey Website
You can use this link to find this townland on Google Maps.
Google Maps