You are here: Home>Places>Townlands of The Oughterard Poor Law Union>Freaghillaun-more>Freaghillaunmore 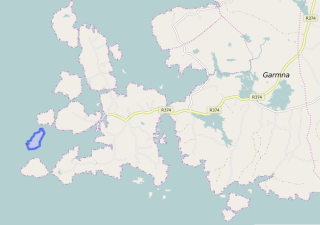 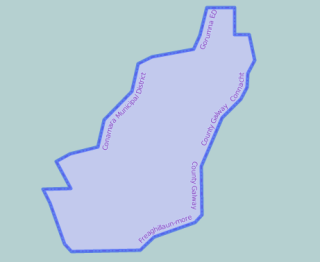 Freaghillaun-more is in the Electoral Division of Gorumna, in Civil Parish of Kilcummin, in the Barony of Moycullen, in the County of Galway

In the sea, it belongs to the townland of Rosmuck.

Freaghillaunmore had an area of 8 acres, 2 rood & 34 perch. The rateable annual valuation was £1 16s 0d. There was no buildings on the island.

A townland is one of the smallest land divisions in Ireland. They range in size from a few acres to thousands of acres. Many are Gaelic in origin, but some came into existence after the Norman invasion of 1169.

Freaghillaunmore is in the civil parish of Kilcummin.

In general, the civil parish and the Church of Ireland parish are the same, but this is not always the case.