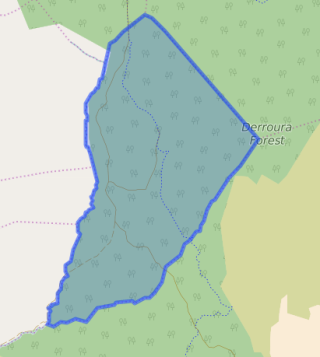 Letterkeeghaun is in the Electoral Division of Letterfore, in Civil Parish of Kilcummin, in the Barony of Moycullen, in the County of Galway

The land in Letterkeeghaun is very poor, on the side of a mountain – 433 acres about 50 acres of arable land, the reminder is mountain bog.

Other forms of name.

Letterkeeghaun borders the following other townlands:

Ownership of Land and Property

Thomas, Winifred and John owned a house, out office and land

The total annual valuation of rateable property in Letterkeeghaun came to £16 10s 0d.

Thomas, Winifred and John were rated at £5 each for land and 10s for buildings.

The out office was a farm building, a cow house, piggery or barn. The land was very poor and sterile and people were always poverty-stricken. At this time most tenants were trying to eke out a living on 5acres or less and a farmers needed at least 15.3 acres to survive.

The Irish is ‘Clochán’. The houses in Letterkeeghaun formed a Clachan. A clachan was a small traditional settlement common in Ireland until the middle of the 20th century. They usually lacked a church, post office or other formal building. The origin is unknown but it is likely that they are of ancient root most likely dating to medieval times.

The Letterkeeghaun clachan was a cluster of small single storey farmers’ cottages built on poor land. They were related to the rundale system of farming. According to David Lloyd, The Great Famine 1845–1849 caused such disruption to the social system that the clachans virtually disappeared.

People living in Clachans had the support of a tight knit community.

In some cases, the clachans have evolved into holiday villages or one or two houses have been taken over turning smaller houses into agricultural outhouses.

A town land is one of the smallest land divisions in Ireland. They range in size from a few acres to thousands of acres. Many are Gaelic in origin, but some came into existence after the Norman invasion 1169. Letterkeeghaun is a townland and other place names in or near this townland are:

This is a return of the members of the family, their Visitors, Boarders, Servants who slept or abode in their house on the night of Sunday March 31st 1901 in Letterkeeghaun.

There were 2 houses listed in the Townland of Letterkeeghaun. The people were all Roman Catholics and they were born in County Galway. There were 6 in total of farm buildings and out offices which included, a stable, 2 cow houses, a piggery, and 2 calf houses house.

Walls of the houses: The walls were of stone, brick, concrete or of mud, wood or other perishable material. The houses in Letterkeeghaun were built of stone, brick or concrete. There were no mud cabins.

House Occupancy: The 2 houses were occupied by one family.

The people listed as Head of the Family were also listed as the lawful Landholder of the property.

House 1: Barbra Mc Donagh a widow aged 65 was head of the family. Her son Thomas aged 25 and single lived with her. They couldn’t read or write but they spoke Irish and English. They lived in a Class 3 house with 1 front window. It was a private dwelling and they had a cow house, calf house and piggery. 2 persons occupied 2 available rooms.

House 2: John Mc Donagh aged 53, a farmer and head of the family Lived with his wife Mary aged 48 and their children Mary 21, Michael 19, Anne 17, Patrick 15 all listed as farmer’s sons and daughters while the other children – John 14, Thomas 14, Matthew 12, Margaret 10, Barbra 8, Martin 6, Dudley 4, James 3 and Bridget 1 were listed as scholars – (13 children) lived with them. They all could read and write except Mary but the family spoke Irish and English. The children were all single. They lived in a Class 3 house with 2 front windows. They had a stable, cow house and calf house. It was a private dwelling. 15 persons occupied 3available rooms.

This is a return of the Members of families in Letterkeeghaun, their visitors, boarders and servants who slept or abode in the house on the night of Sunday the 2nd of April 1911.

Description of the Houses

All the houses in Letterkeeghaun were listed as private dwellings and were built of concrete or stone. The roofs of the houses were of wood, thatch or other perishable material. Most likely they were thatched. The head of the family was listed as the landholders. One family lived in each property. The Class of the house depended on the material used in the roof, walls, number of rooms and number of front windows. Most of the houses came under “2’ in the census form meaning that there could be 2, 3, or 4, rooms in the house.

House 1: John Mc Donagh aged 61 a farmer and head of the family lived with his wife Mary 58 and children Patrick 25, John 24, Margaret 21, Martin 18, (who were listed as farmer’s sons and daughters), Dudley 15, James 14, Bridget 11and John’s grand daughter Delia Anne Healy aged 5 were scholars. It was a private dwelling – Class 3 house with 2 front windows. They had a stable and 3 cow houses. They were married 31 years. 15 children were born alive and 13 were still living. 10 persons occupied 3 available rooms. The family could read and write except Mary but the family spoke Irish and English.

House 2: Thomas Mc Donagh aged 41 a farmer and head of the family lived with his wife Mary 35 and children John 5, Michael 4, Mary Anne 2 and baby Barbara 5 months. They could read and write and they spoke Irish and English. They lived in a Class 3 house with 1 front window. They had a stable, 2 cow houses and a piggery. Thomas and Mary were married 6years and they had 4 children born alive and 4 were still living. 6 persons occupied 2 available rooms.

Letterkeeghaun is in the civil parish of Kilcummin.

Roger and Marie-Helene Biondi, Letterfore, two members of the Corrib Ramblers Group, discovered an old settlement while walking the “Derroura Trail” in December 2008.

Nowadays you can access this old settlement from the forestry road, you have to climb a bit up from the road where you spot an area so green that it shows that animals have been grazing here in the past, and there you are, discovering old stone walls perpendicular to the forestry road and covered with a thick coat of bright green moss, to your right a lovely tiny forest (probably not there originally) and in front of you, the ruins of houses (a sketch could be drawn to try to establish how many houses could have constituted that village). More walls can be seen here and there, probably delimiting fields and vegetables corners. Once you have reached the top house, you can see a lane on your right bordered by a stone-wall on each side, which could have been the main access to the village during olden times.

Batchelor Dudley Mc Donagh lived there until about 1968, when he left the house and stayed at his nephew’s place – Bartley Mc Donagh, for the rest of his life until 1972.

There were two houses at the end. In one of them lived Dudley Mc Donagh, brother of Bartley’s father Jimmy Mc Donagh (a local rate collector who was later replaced on Jimmy’s retirement by John Clancy Glann).

In the second house Tom Mc Donagh uncle of Dudley lived with his wife Mary and their son Jim. When Jim was a teenager they moved to Leiter. Jim Mc Donagh and his wife Ciss are the parents of John, Willy, Mary, Ann and David Mc Donagh, Bunakill.

The Land Commission divided the land in this area where the settlement is, and the Costello family built another house with a shed attached in 1930 with a grant of £80 (which was big money at the time). The Costello family – parents, son and daughter lived in the area until the early sixties when they moved to Roscommon. The daughter died in 2008, the son lives in Roscommon and their mother is now in her nineties. Dudley did not want to avail of the grant offered. He was content to live as he always lived. He travelled into Oughterard regularly to get his tobacco.

In this settlement there are the remains of a hen house, a piggery and stables.

There are so many of these deserted villages in this area – so if you have information or photos on such villages we would be delighted to hear from you.