You are here: Home>New contributions>The Age of Copper and Bronze

The Age of Copper and Bronze

A departure from stone and the beginnings of a new society 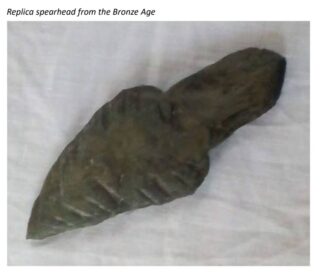 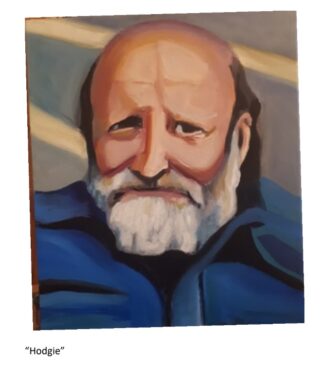 Over the past few years, in relation to the prehistory of Oughterard, we have looked at the Mesolithic (8000 – 4000 BC) and the Neolithic (4000 -2500 BC) periods. The Mesolithic people were mainly hunter-gatherers and we have evidence of their presence where the Owenriff River enters Lough Corrib at River Island, not too far away from the Pier. The Neolithic saw the introduction of agriculture to the area and the building of the megalithic
monuments. Again, we have evidence of their presence on the fertile uplands of Maghera, from the Cloosh Hills across to Aughnanure. The Mesolithic people may have arrived here from the west coast of Britain and the Isle of Man, whereas the Neolithic communities would have originated from North-Western France in the modern day areas of Brittany and Carnac. Both the Mesolithic and Neolithic people worked predominantly with stone and
timber.

This year I am researching and presenting the Bronze Age (2500 – 500 BC) which gave us another revolution – the introduction of metalworking. The Presentation will take place during National Heritage Week in the Courthouse Oughterard on Saturday 13th August at 8pm. Admission is free, and we would be delighted to see you there. As well as the Presentation, we also have an Exhibition of Mesolithic, Neolithic and Bronze Age archaeological replica material in the Courthouse (11am – 5pm) from Sunday 14th of August to Friday 19th August 2022. Admission is free for this Exhibition also, so please come along.

When I was gathering the research for the Mesolithic Presentation in 2018, I was a little perplexed. The Mesolithic is very hard to explain to people for the first time, as there is usually nothing to see above the ground. I needed some replica archaeological material for the period, but where would I get them? I then thought of my old friend of nearly forty years, Brendan Hodgers from Ballymacoda in Co. Cork. Hodgie (as I call him) started to turn out some ornaments on a hand-made lathe a few years previously, and the quality of the finished articles were superb.
I emailed Hodgie a few rough sketches to see if he could help me out. Over the past four years he has given the Oughterard Culture & Heritage Group the best part of 80 pieces of replica material covering the Mesolithic, Neolithic and Bronze Ages, and we are currently sketching and designing for the Iron Age/Early Medieval period in 2023. The artefacts are of a superb quality and we will always be forever in his debt for enabling us to bring our presentations to life by demonstrating these replica materials. This output is all the more remarkable when you consider that Hodgie has been courageously battling MS for the past 14 years, and he also refuses to take any money for the magnificent and professional work he has completed for us.

It is speculated that the Bronze Age people came from the area we now call Central Europe, and they brought to these shores a technical knowledge of mining, smelting and metalworking. For Ireland to have a Bronze Age we needed to have ample deposits of copper, gold and tin. We were rich in copper and gold and we had to import the tin from Cornwall or Spain. The main areas of copper mining during this period would have been the coastal areas of Waterford, Cork and Kerry. However, an old literature source indicated copper deposits on the ‘west coast of Lough Corrib’. I followed this up and subsequent research has pinpointed the areas of Glann and Claremount in our backyard. The early tools and implements were made from copper, and then they discovered that if they added 20% tin to 80% copper they would get a tool that was harder and more durable. This alloy was called bronze.

By 2500 BC a radical new technology was about to hit Ireland – metal. These days we take for granted the scaffolding that holds up our modern world, and what we depend on, is made from metal. Back 4500 years ago nobody in Ireland had even seen it, and it was about to catapult us out of the Stone Age and into a whole new technological world. The arrival of metal would bring a social as well as a technological revolution. It ushered in the beginnings
of community life, and a world that increasingly begins to look like our own.
We have ample evidence of the Bronze Age in and around Oughterard and the following features would have been specific to it – copper palstave axes, cairns, cist burials, fulachta fiadh, crannogs, stone circles and standing stones. It was the beginnings of our modern society, and quite possibly the origin of our folklore, brehon laws and the Irish language. We also have an extensive range of replica archaeological artefacts to show you which will help
to explain this period in much more detail.

Before I did the Mesolithic Oughterard presentation for the local Primary Schools during May and June 2018, I wasn’t quite sure what to expect. I thought, maybe, with the advent of gaming, mobile phone and tablet technology that the schoolchildren would not have much of an interest in this sort of thing.
How wrong I was! The children were highly attentive during the Presentations, asked me an amount of interesting questions, and could not wait to get a feel of the replicated material at the end, especially on the fine days when we were able to go outside. It screams out to me now that we still have a captive audience for Heritage/Archaeology in the Primary Schools if we present the material in a simple and straightforward way, and also have the physical replicated material on hand to make it come alive for them. So if you get a chance, bring the children along to the Exhibition during Heritage Week in August. I should be around most of the time and I can explain the function of the artefacts in a greater amount of detail.