From Connemara to Pittsburgh 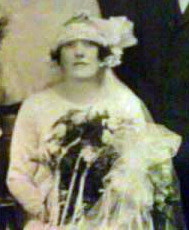 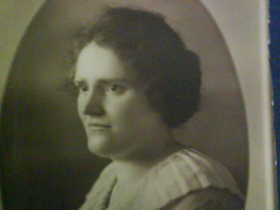 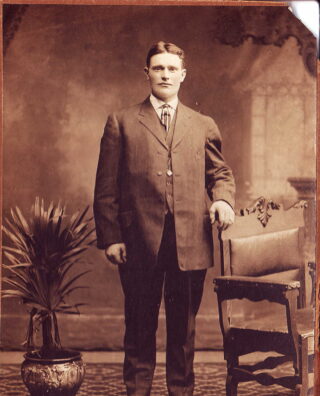 Kate O’Connor was my maternal grandmother. She was born in Leam West, December of 1893 to Patrick and Mary O’Connor nee Conneely of Rusheeny. Her sister, my great aunt, Mary Frances was born in 1890. They lived in House 11 according to the 1901 and 1911 census along with their brothers Michael, Thomas, James and Patrick.
Patrick, Mary and my grandmother Kate emigrated to Pittsburgh. The remaining brothers stayed in Leam. Patrick arrived in the States first in the early 1900’s and worked as a furnace man in a Pittsburgh steel mill. Mary came next in 1910 and became a renowned nurse at St.Francis Hospital in Pittsburgh. My Grandmother Kate came last in 1926 at the age of 32. She married in 1928 to William Naughton whose father Owen was a “Naughton of the Bridge” in Rosmuc. She lived to be 95, dying in 1988. When I was young I would constantly barrage her with questions on Ireland. She spoke of Leam and Oughterard often.

One of the stories she told me was of the famous horse, Cannonball and how he was waked and buried standing up.
Another story involved a trip back from the Galway races in a wagon. On the way home the horse was spooked and reared, tilting the wagon. One passenger fell out and hit his head. “He was the only protestant in the wagon,” she would say.
The story that intrigued me most was of the Black and Tans. She was in her twenties when the tans stopped her one day looking for an O’Connor cousin. She said the soldier put a shotgun under her chin demanding to know where her cousin was hiding. She told him she did not know.
On one of my trips to Leam I was shown an old ruined cottage that had a false hiding space in the wall of the chimney fireplace. It was an old O’Connor ruin. Perhaps he was hiding there when she was being questioned.

Both Kate and Mary Francis were great with sewing. Mary Francis made my brother and I matching Easter outfits when we were children. Grandmother Kate would have our altar boys surplus and cassock tailor made in uptown Pittsburgh then make the alterations as we grew. I have fond memories of her and the many stories. My seven brothers and sisters and I lived with her for years in the house that Owen Naughton had built. We heard the “Irish” being spoken when the cousins visited and the apricot brandy flowed.
When we return to visit Ireland Oughterard is always a destination along with Leam, Glencoh, Rusheeny, Kilbricken and Glentrasna. Three of our four grandparents knew each other before they were married. The fourth was born here in the states but his father was known to all of them, a Naughton of the Bridge.