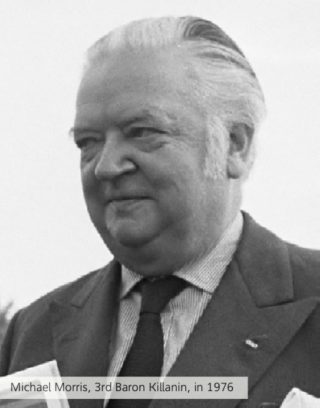 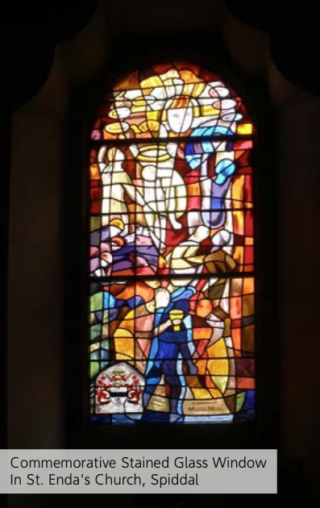 Lord Killanin, born Michael Morris to Lt. Col. George Morris from Spiddal and Dora Maryon Wesley Hall, from Australia, was an Irish journalist, author, sports official, and – for 10 years in the 1970s and 1980s – the sixth President of the International Olympic Committee (IOC).

The Morrises were one of the 14 Tribes of Galway. He married Sheila Dunlop, daughter of the local rector here in Oughterard, Canon Dunlop. They had three sons, one of whom, John Morris, was married to the former RTE presenter, Thelma Mansfield, and another, Michael “Mouse” Morris, is a racehorse trainer who won the Grand National in 2016 with a horse called Rule the World.

Lord Killanin was a film producer, assisting the American director, John Ford, with the production of The Quiet Man and working on numerous other films, helping to produce The Playboy of the Western World, The Rising of the Moon, Gideon’s Day, Young Cassidy, and Alfred the Great.

He lived in Spiddal for some time and died at his home in Dublin, aged 84, in 1999. Following a bilingual funeral Mass, at St Enda’s Church in Spiddal, he was buried in the family vault in Bohermore Cemetery.